Plant-based milk, milk from genetically engineered yeast or milk produced in cell cultures. The environmental, moral and economic considerations behind the global effort to develop both delicious and nutritious milk substitutes.

Similar to the rest of the animal-derived food industry, the dairy market also appears to be on the verge of a drastic change. An anecdotal piece of evidence for this change is the marked decrease in the consumption of dairy products this year prior to the Shavuot holiday in Israel, concomitant with a simultaneous growth in the dairy alternatives market. This of course does not mean that natural milk and cheeses are going to go off our menu in the near future, but it does seem that their exclusivity on the shelves of supermarket refrigerators is starting to become undermined.

The constant improvement in the means provided to us by science, engineering and biotechnology, ushers us into an age where cows and goats will no longer be required for the production of milk or cheeses. Biotech start-up companies are working tirelessly on developing methods to produce dairy products without the need for animals to supply the milk. However, there is still a long way to go before reaching this goal. Today, the market consists mainly of plant-based milk substitutes, which cannot serve as a complete and satisfactory substitute, since their ingredients and composition are inherently different. First and foremost, they lack milk proteins such as casein and whey protein, which provide milk with its flavor as well as with the potential to solidify, which is important for cheese production.

The new technologies under development today aim to reconstruct the chemical composition of the milk artificially without the need for animals and without settling for partial plant-based imitations. If these developments succeed, they are likely to become game changers for the dairy industry.

The change does not stop here. Several companies are currently working on the industrial production of breastmilk. The demand for breastmilk and its substitutes is very high, evidenced by the current crisis of infant formula shortage in the United States, which was caused by the sudden closure of a large formula production plant, belonging to one of the field's leading American companies on the market.

We will soon be able to manufacture these without needing to use animals. Dairy products | Photo: Evgrafova Svetlana, Shutterstock

Milk is the first food that most people consume in life. It is rich in vitamins, proteins, fats, minerals and a sugar called lactose, making it a very rich source of food that provides the basic needs for infant development. In addition, breast milk also contains antibodies and proteins that aid in the development of the newborns’ immune system in early life.

Most of us continue to consume dairy products long after infancy. During the course of the agricultural revolution, humans have domesticated cows, sheep and goats. Communities that had a regular supply of fresh milk prospered more than others. The community members who carried a mutation, a genetic alteration, that allowed them to digest milk without difficulty had a huge advantage, and thus their chances of survival and procreation were higher. As a result, the mutation spread in the population, and the genetics of the group changed and became adapted to milk consumption.

To be able to digest milk, our body requires an enzyme called lactase that breaks down the lactose sugar molecules found in milk. Generally, mammals do not consume milk in adulthood, their bodies stop producing the enzyme at some point during development, becoming thus lactose intolerant. This is also what happens in the bodies of most people. However, and markedly so in areas in which the dairy industry has developed over the years, 35 percent of the population carry a mutation enabling production of lactase in adulthood. Thus, almost two thirds of adults are lactose intolerant to a certain extent, and many others suffer from an allergy to milk proteins, which can be potentially life-threatening.

The modern dairy industry also has a devastating impact on the environment, particularly the gigantic dairy farms that are used for industrial dairy cattle breeding or for raising cattle for beef.  Cattle farming is responsible for three percent of the global annual greenhouse gas emissions by mankind and thus has a considerable effect on global climate change. This industry also utilizes vast areas of land to grow food for the animals. According to data from 2012, about one third of the world’s agricultural crops (1.4 billion tons per year) are used to produce food for livestock, including dairy cattle.

In addition, there is also the consideration of animal welfare. In order for a cow to be able to produce milk, it must calve. To this end, cows are customarily impregnated numerous times during their lifetime. The cows are separated from the calves shortly after calving, which causes severe stress to the calves, affecting their behavior. Later, when the cow’s milk yield decreases, it is sent for slaughter. 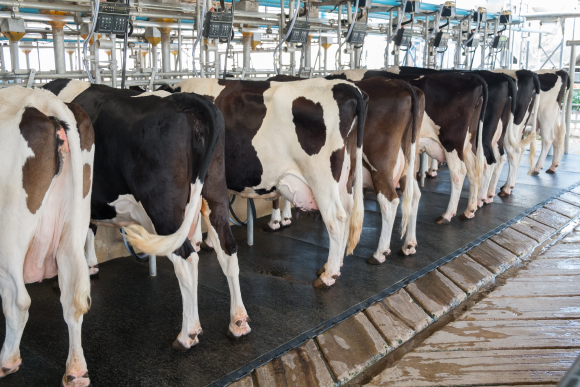 The use of milk substitutes that are based on plant proteins began hundreds of years ago, if not earlier. In China, soy milk was produced in the 14th century, and probably also much earlier. Almond milk is mentioned in an Arabic cookbook written in 1226 by bin Hasan al-Baghdadi, and was also consumed in Europe during the Middle Ages, while coconut milk has been consumed for thousands of years. Industrial production of milk substitutes began in the early 20th century, and today one can find plant-based milk substitutes made of soy proteins, almonds, oats and more.

Plant-based milk substitutes are a convenient substitute for those who avoid regular milk due to health or moral considerations, but they are far from being an optimal alternative. Their taste is different from that of animal-derived milk and most of them cannot be used for making cheeses without  the use of stabilizers. Most milk substitutes require an addition of minerals and vitamins for their nutritional value to be comparable to that of animal-derived milk.

Plant protein-based milk substitutes can alleviate some of the problems associated with animal-derived milk, chiefly the consequences of cattle farming. They also enable people who are sensitive to cow’s milk to consume a substitute beverage. However, their manufacturing processes also carry environmental consequences. During their production, less greenhouse gasses are emitted and less land area is required, but these remain very significant agricultural areas of land. Water consumption for the manufacture of almond milk is extremely high, although it is still less than half of that used for cattle farming. 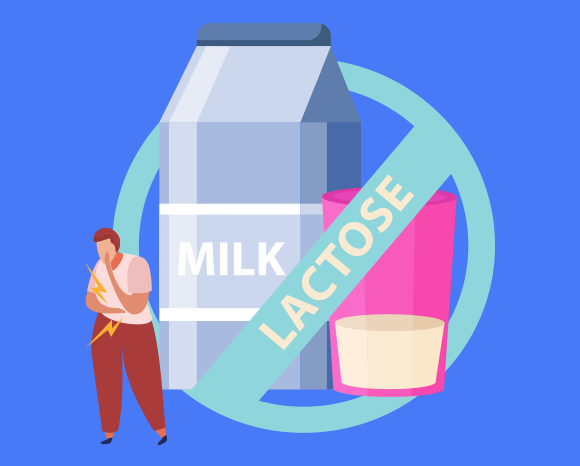 In recent years, a number of recently established companies are laboring to create artificial milk substitutes that would maintain the flavor and nutritional value of animal-derived milk, while decreasing the environmental impact of milk usage. One of the leading technologies for achieving this is fermentation, or more accurately “precision fermentation”.

Fermentation is an age-old method by which yeast or other microorganisms are cultured to produce molecules that affect the flavor as well as other properties of food. This is how beer, bread or “smelly cheeses” are made. The yeast consume sugar and produce gasses, alcohol and other substances, depending on the type of yeast.

The precision fermentation method is based on genetic engineering of yeast or other microorganisms in order to make them produce specific proteins. Instructions for the production of milk proteins are inserted into the yeast’s genetic material, the yeast are given optimal conditions for growth and reproduction, and finally, the protein produced is separated from the other products of the process. The protein is then mixed with water, fat, sugar, and the other ingredients of regular milk. To avoid animal-derived products, plant-based fat and sugar are used. This is how lactose-free cheeses can be made, for example.

Today, the only company already offering dairy products based on precision fermentation is Perfect Day, but other companies are on the verge of developing similar products. Some companies are trying to manufacture milk proteins by methods that do not require yeast, but so far these attempts have not been successful. Fantastic Farms, for example, has recently suspended research into the manufacture of milk proteins in plants. 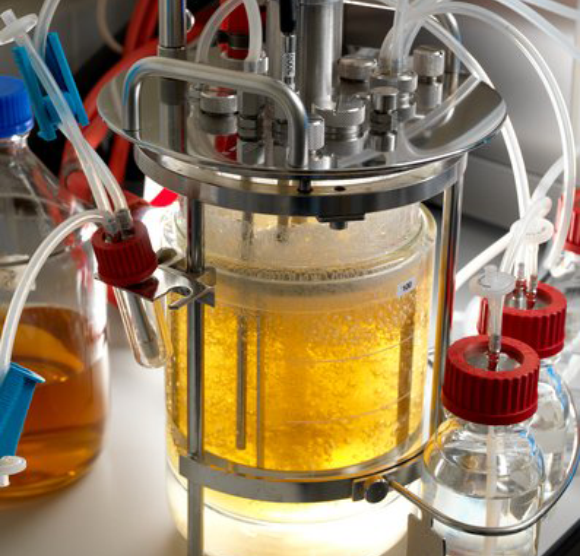 Another method of manufacturing milk without live cows is based on the use of milk-producing cells. A number of companies, such as the Israeli company Wilk, are working on the production of milk from cultured milk-producing cow cells. In contrast to the fermentation method, in which only milk proteins are produced and the rest of the milk ingredients are added at a later stage, this method is expected to produce milk in exactly the same way it is produced in nature, in the mammary glands found in the udder. Milk production from cell lines is a complicated process involving several different cell types as well as active participation by the immune system, making it a very complex task at the forefront of modern biotechnology.

The same principle could also be applied to production of artificial breast milk. Two companies, each with a different technological approach, are working these days on the development of breastmilk substitutes. Biomilq, led by Michelle Egger, is developing means for producing milk from human cells. Helaina, led by Laura Katz, is using the precision fermentation method for the same purpose. In an interview to Forbes magazine, Laura Katz recently declared that the company has begun its clinical trials. Biomilq on the other hand, reports the first successful attempt of producing breastmilk in laboratory conditions, carried out in 2021. The milk is expected to be highly similar to natural breastmilk and to offer a real alternative in a market with a rising demand for breastmilk and formula. According to the company’s statements, the product will not be on the market before 2025 at the very least, as research and development are still ongoing.

This field is still in its infancy and it is therefore difficult to predict when milk production from cell cultures may become possible, whether it will be safe to use and what the production costs will be. Still, it seems that it is only a matter of time before scientists crack this problem and will contribute to reducing the severe shortage of breastmilk and its formula substitutes. 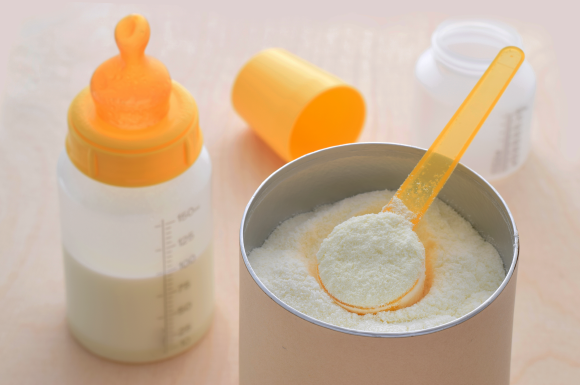 One of the major challenges in the field of artificial milk is to significantly reduce the cost of production of milk proteins, so as to make possible the manufacture of artificial dairy products that do not exceed animal-derived dairy products in price. This requires factories that are able to produce milk proteins in commercial quantities. As an example of this, the Israeli food tech startup Remilk has recently announced its plan to open the world's largest cow-free milk facility for the manufacture of milk proteins in Denmark.

A broad survey, conducted by the German food biotech Formo, which was aimed to test the readiness of the market’s for artificial dairy products, found that the demand for such products is mostly from vegetarians, vegans, people trying to reduce the amount of animal-derived products they consume and young people under the age of 40.

The field of milk substitutes has never been so active as it is today. Many companies are taking their first steps these days, and it is plausible that we will find less and less animal-derived milk in the foreseeable future, with nearly identical alternatives that will appear in its place.

Milk is merely the tip of the iceberg of a much broader trend of search for identical alternatives to animal-derived products. A number of companies are working on developing cultured meat substitutes, or plant-based meat substitutes, as well as laboratory-manufactured substitutes for chicken, fish, eggs and even honey. As science advances and as information becomes more and more accessible, people begin to better understand the problems that humankind faces in the near future. Therefore, great efforts are underway to decrease man-made pollution, and to find smarter and greener ways to feed the ever-growing world population.