Butter shortage in the stores? Here’s how to make it at home

In this experiment, we’ll learn how to make butter and understand how water and oil blends in milk and cream.

You can watch the experiment in this video:

Making butter is actually the opposite of making milk. Milk consists mostly of water (about 90%). Other important ingredients in milk are sugars, fats (about 3%), and a group of proteins called Casein, which help disperse the fat in the milk. Fat and water do not dissolve in each other and usually do not blend. But in milk, water and fat do blend. The fat is dispersed throughout the milk water as tiny, invisible drops that are surrounded by protein molecules, similar to the way in which soap dissolves fats. The result is a type of an emulsion, i.e., small liquid droplets uniformly dispersed throughout another liquid. Emulsions are usually white, because the small droplets dispersed in them reflect the light that hits them and spreads it in every direction. Dispersed, reflected light is white.

All mammals create milk in their bodies – and their body needs to invest considerable chemical work in order to produce a liquid that has both water and fat in it. When making butter, we reverse that process and separate the fat from the water.

If we would leave milk that was just milked from a cow to stand for a while, the cream will naturally rise to the top. The cream is the part of the milk that is rich in fat. It floats to the top, just like fat floats to the top of a soup bowl – and that’s because fat is less dense (it is “lighter”) than water, and therefore floats on top of it. Dairy farms separate cream from milk (using centrifuges) and make cream cheeses and butter from it. Butter is made chiefly from milk fat (over 80%).

The fat is dispersed throughout the milk and cream as tiny droplets, too small to be seen even through a simple light microscope (here you can see a picture of fat droplets in milk, as seen through an electron microscope). Every droplet has, in its center, fat surrounded by proteins that prevent the droplets from sticking to each other and thus keep them distributed throughout the water. The process of making butter is called churning, and involves the application of physical strength, in order to send the small droplets on a collision course with each other – with enough force for the protein to no longer prevent them from lumping together. After some time, the droplets clump and gradually coalesce with additional droplets, so that larger drops of fat are made, up to the formation of a larger lump of fat  that is observable: That’s butter.

In addition to butter, we’re now left with all the other cream components – the buttercream. Buttercream is very low in fat, less than 1% (as most of the fat went to the butter) but it is rich in protein and is used for cooking and making many other foods, like ice cream.

And here’s a modern take by illustrator Noa Katz, using one of the more viral memes going around today. 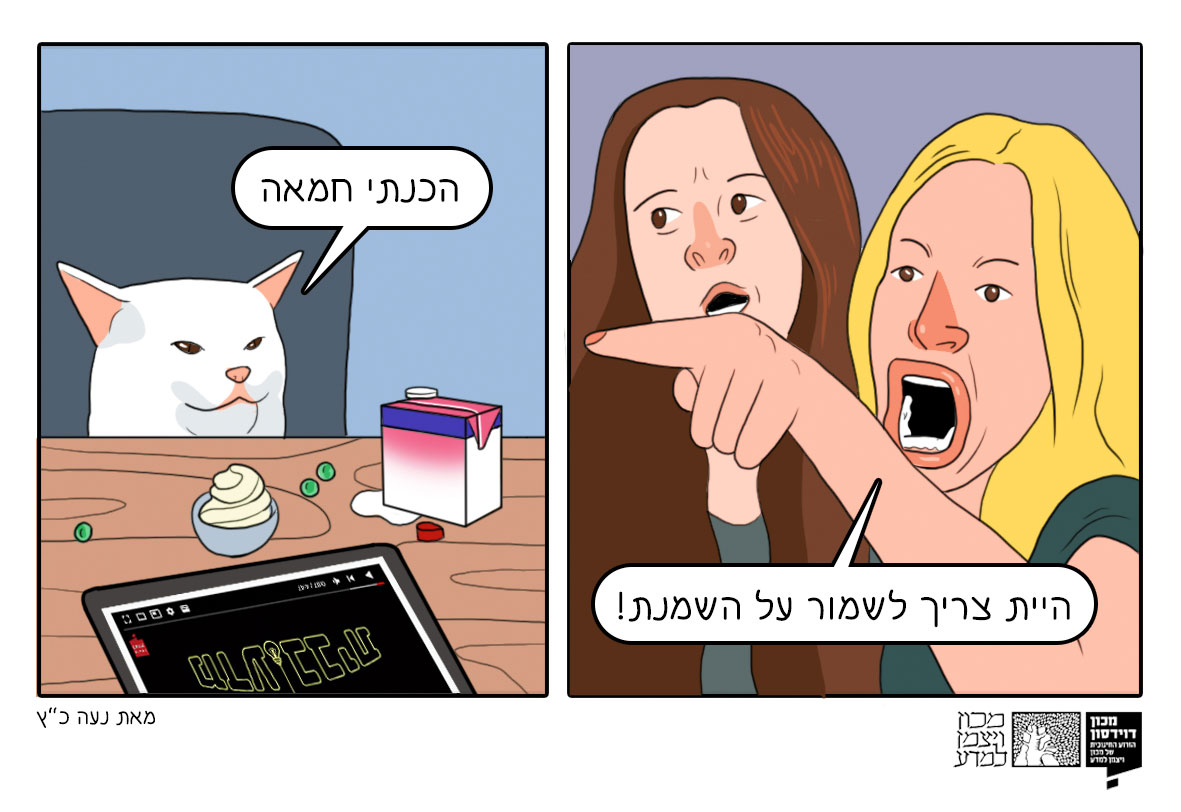 “You were supposed to guard the cream!”

An ancient process with few changes over time

Churning was discovered thousands of years ago (butter is mentioned in the Bible several times) – apparently when people started using milk from farm animals for food. The traditional process was similar to what we did in the experiment, turning, shaking, and even beating – until the fat becomes a lump and butter emerges. 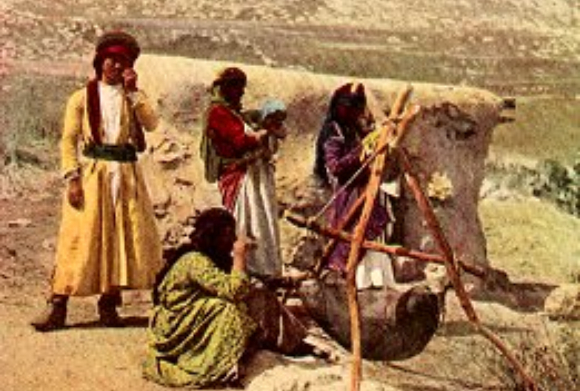 Is this how butter was made in biblical times? Bedouins in Israel making butter, 1914 (colored photograph) Public domain

And how do modern dairies make butter today? The exact same way, but in large boilermakers. Watch this video:

If you’re lazy, you can also make butter at home using an electric mixer. You just whip the cream until you see the water and fat separating. In the experiment, we opted for the bottle and marbles method because it’s more like the traditional method and better illustrates the process that happens.