Heat, Noodles, and Olive Oil –
the Chemistry of the Kugel

The unique taste of the Jewish comfort food originates in a series of chemical reactions involving sugars, proteins, and high temperatures

One of the traditional Shabbat foods among Eastern European Jews is the kugel. It comes in various forms: Potato kugel, noodle kugel, as well as sweet and sour variations. Noodle kugel, also nicknamed Kugel Yerushalmi (i.e., from Jerusalem), was created hundreds of years ago as a side dish made of a dough ball inside the cholent pot (another traditional Jewish dish). Eventually, it made its way into a pot or a baking dish of its own, taking the form of thin noodles instead of dough, and gaining a place of honor at the Eastern European Sabbath table, typically served with pickles.

A prominent feature of the Kugel Yerushalmi is its brown color, while its taste lies somewhere along sweet-spicy spectrum. What is the secret to its taste? What happens to the kugel when left overnight in the oven on low heat, and what gives it its characteristic color? Which similar processes take place when baking a bread or a cake, for example? The answers are found in the details of the kugel’s chemistry.

It’s all because of the caramel

The mother of a close friend makes kugel every Saturday. I’ve eaten her excellent kugel numerous times, but on one occasion, something was different: While it was very tasty, as usual, it did not have the characteristic golden hue – it was actually brown. What happened? I wondered. My friend explained that his mother opted to caramelize the sugar before adding it to the kugel.

We then considered what would have happened if the kugel was left overnight in the oven, on low heat. Would the process take place even without caramelizing the sugar in advance?

The answer requires understanding the caramelization process. In the first stage, white sugar, which is actually a disaccharide (sucrose), breaks down to two units of monosaccharides, in a process called pyrolysis. These monosaccharides then undergo chemical reactions that create thousands of different molecules with a variety of flavors, colors, and smells. Caramelizing can also be accomplished if the source material is a monosaccharide, like glucose or fructose – the monosaccharides that are the byproducts of white sugar (sucrose). Onions can also be caramelized if fried for long enough, because of the sugars in them.

Caramelizing occurs when sugar is heated to a temperature of 180° Celsius (for fructose, 140° Celsius is sufficient). Below these temperatures, caramel doesn’t form. In addition, caramelizing is a reaction involving exclusively sugar. When sugar reacts with other compounds, such as the protein found in eggs and flour, a different chemical reaction occurs (a Maillard reaction), which will be explained later on. 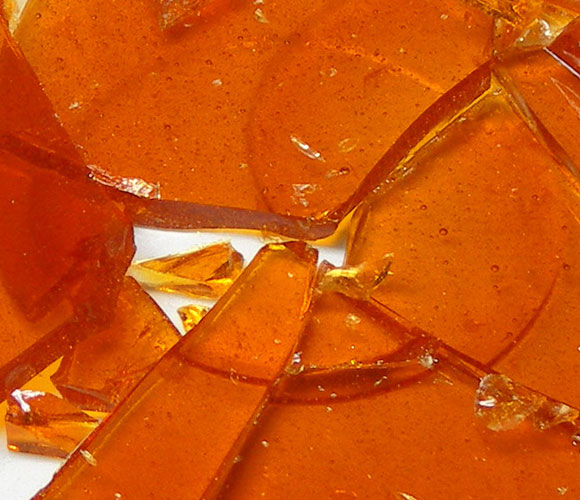 The identity of the multitude of the caramelization byproducts is not fully known. However, Agnieszka Golon and Nikolai Kuhnert from the Jacobs University School of Food Engineering in Germany have identified thousands of them by using advanced analytical methods.

Among their findings, they discovered that the source of the caramel’s color is not one molecule, but probably a mixture of several, each absorbing a different wavelength. The combination is what gives caramel its brown color, just like mixing yellow, red, and blue leads to brown.

One of the notable products of the process is a molecule called diacetyl, which has a buttery flavor. Other molecules also contribute to the caramel’s taste – some of them are sweet because they are different forms of sugar.

Thus, the source of the kugel’s brown color is a combination of several molecules produced during the caramelization process, which mostly occurs at temperatures over 180° Celsius. If un-caramelized sugar were added to the kugel, which would then be baked at a temperature lower than 180°C, the sugar will not caramelize. Not only is the temperature insufficient, but also different chemical reactions take place between the sugars and the other compounds in the mix.

Now it’s time to solve the mystery of my friend’s mother’s kugel in its older, uncaramelized version. In contrast to heating pure sugar, which creates caramel, heating it in the presence of proteins leads to a reaction between sugars and amino acids – the building blocks of proteins. This is called the Maillard reaction, named after the French chemist Louis-Camille Maillard.

A very common process, the Maillard reaction gives food a brown hue in different methods of preparation. For example, in bread crusts, seared steak, or fried potatoes. In meat and French fries, the raw material contains both sugar and protein, so the Maillard reaction takes place at around 150° Celsius. The exact product of the reaction depends on the types of sugar and amino acids that react, as there are several different kinds of sugars and twenty different amino acids. In each case, the product will be a molecule with a distinct taste. 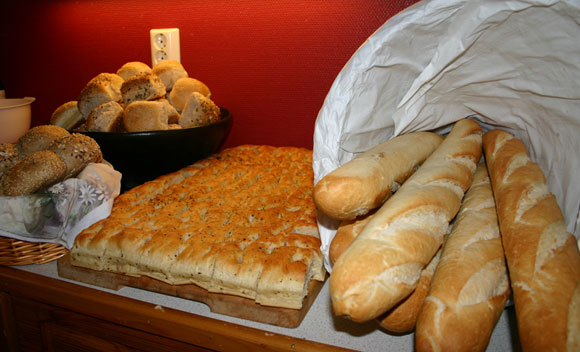 Created by heating sugar in the presence of proteins. The Maillard reaction in baked goods. Shutterstock

One of the tastes produced by the Maillard reaction is Umami (‘very tasty’ in Japanese), which is considered the fifth taste, in addition to sweet, sour, bitter and salty. It turns out that the human tongue has special taste receptors specific to Umami. One of the more common sources of Umami is monosodium glutamate – the amino acid glutamate, attached to a single atom of sodium.

So, when kugel is baked at a temperature below 180° Celsius, caramelization simply cannot occur, and one of the primary reactions taking place is the Maillard reaction. While it slightly ‘browns’ the kugel on the outside, this reaction doesn’t lead to a deep and complete ‘browning.’

Even though caramelizing in advance can be a slightly annoying and difficult step, it is significant and contributes considerably to the kugel’s final taste and appearance. The mixture of noodles, caramelized sugar, eggs, oil, and spices in the pot or baking dish paves the way for numerous chemical reactions in the oven. After at least half an hour at the appropriate temperature in the oven, the Maillard and other reactions begin to take place, and together, create a wonderful mixture of tastes and a delicious, hot, and steaming kugel. To its sweet-spicy-Umami taste, add a slice of pickle, and get a dish that at once triggers three different taste receptors. A true party for the palate! Bon appetite.