How Is The Climate Crisis Killing Us?

A committee appointed to investigate the ramifications of global warming reports that the incidence of infectious diseases and diseases related to air pollution is on the rise due to climate change.

One of the largest global initiatives in climate crisis research in recent years is the Lancet Countdown, an international collaborative project launched by The Lancet medical journal. This initiative has assembled a committee of representatives from 35 leading academic institutions and organizations from all around the world, to monitor the effects of climate change on the health of the world’s population. The committee also assesses how well the 174 countries that signed the 2016 Paris Agreement on climate change mitigation, have met their commitments to reduce greenhouse-gas emissions in their respective regions. A report summarizing the committee’s conclusions was published in The Lancet in 2019 as well as in 2020.

The average global temperature today is one degree Celsius higher compared to the average global temperature at the beginning of the industrial revolution. This temperature rise is not uniform around the globe - in northwestern Canada for example, it reaches an average of about three degrees Celsius, while in other places the rise is far less noticeable. It is estimated that unless the trends in greenhouse gas emissions change significantly, a baby born today will live in a world four degrees warmer compared to pre-industrial times. 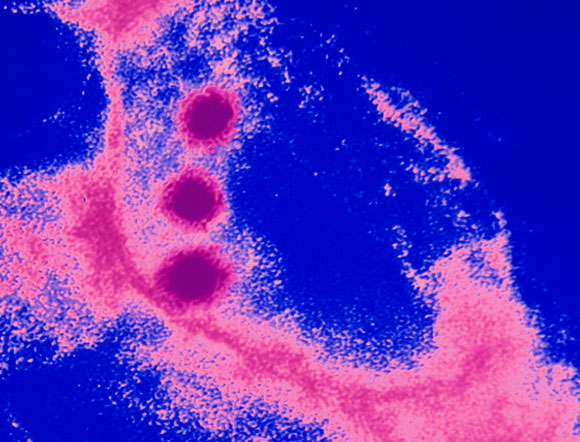 The Spread of Diseases

Climate change does not affect the entire world’s population evenly, and in many ways, children are the ones especially affected by it. A dangerous consequence of climate change has to do with infectious diseases: the rise in temperatures creates more favorable conditions for the spread of diseases, which are especially severe when contracted by children. Diseases that spread more readily in a warmer environment include those that cause acute diarrhea as well as diseases spread by mosquitoes, whose living habitats expand with the rising temperatures. One of these mosquito-borne diseases is the Dengue fever, which in 2019 was defined by the World Health Organization as one of ten greatest threats to global health. Nine out of the ten years that have been documented as the most suitable for spreading the disease were in the last twenty years. Another such example is the bacterium Vibrio cholera, which causes severe diarrhea. The number of days in a year optimal for its spread has doubled compared to the early ‘80s.

Children’s health is also threatened by other changes that result from global warming. For instance, a measure exists to assess the duration of crops such as corn, wheat, rice and soy, which is based on the time length per year required to store a defined amount of the crop. A decrease in the durability index of a crop indicates that the crop ripens too quickly and yields a low amount of seeds. Crop durations have been decreasing since 1960, and, as we know, malnutrition affects infants and children particularly severely, since their bodies are still growing and developing.

Increasing air pollution, caused by the burning of fossil fuels, impairs proper functioning of the heart and lungs. The number of deaths attributed to outdoor air pollution in the year 2016 was estimated to be around three million people. Air pollution significantly affects development of the heart, lungs, and of other vital organs in infants and toddlers. According to Mona Sarfaty, the director of the program for climate and health at the Center for Climate Change Communication at George Mason University, children are especially vulnerable to pollutants because “Their hearts beat faster than adults’ and their breathing rates are higher than adults”.

More than ninety percent of children worldwide are exposed to air pollution higher than that recommended by the World Health Organization, while most deaths due to air pollution are concentrated in low- and medium-income countries, such as in Africa and India. This excess exposure increases the risk of lung damage, asthma as well as other respiratory diseases. Wildfires in forested areas, which are becoming increasingly prevalent, such as the Amazon rainforest wildfires, that have recently reached in the headlines, as well as the bushfires in Australia, have an ongoing effect on air pollution. Recently, 77 percent of countries have reported an increase in exposure to damage caused by wildfires between the years 2015-2018, compared to the 14 preceding years. 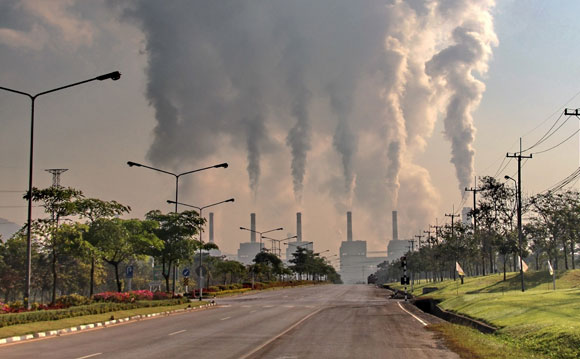 Most children around the world are exposed to air pollution at levels exceeding those recommended . A polluting factory | Illustration photo: Shutterstock

Considering the danger posed by the climate crisis to future generations, it’s no wonder that children around the globe have joined the global effort to combat climate change and even play a significant part in it. The main person responsible for this is Greta Thunberg from Sweden, who protested in front of her country’s parliament in 2018, demanding politicians to take more decisive actions to combat climate change. Inspired by her, movements such as Sunrise and Extinction Rebellion Youth were established, bringing together children and youth in the effort to find a solution to the climate crisis. 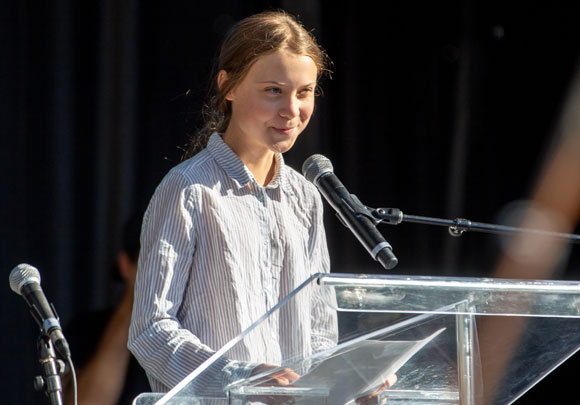 There is no doubt that the voice of Thunberg and her friends has created a change of mindset for many of us. Many young people seem to identify with her appeal to world leaders at the U.N. Climate Action Summit, saying “If you choose to fail us, I say: We will never forgive you”. The coming years will determine the extent to which young people will be able to bring about a perceptual and practical change in the fight against climate change.