COP27: An Ambiguous Compensation
Agreement, No Progress on Weaning Off Fossil Fuels

The annual conference ended with an agreement to establish a compensation fund for countries impacted by the climate crisis, but with no real progress was made on efforts to curb warming

The COP27 Climate Change Conference, which took place in Sharm El-Sheikh, Egypt, came to an end on Sunday, November 20th. The representatives of almost 200 participating countries managed, after more than two weeks of discussions, to reach agreements that include, for the first time, establishment of a fund that will respond to the loss and damage suffered by nations impacted by climate events such as flash floods, storms, or drought. However, decisions related to the curbing of global warming were not as decisive as some of the participants had hoped, and did not unequivocally call to stop the use of fossil fuels such as coal, oil and gas. 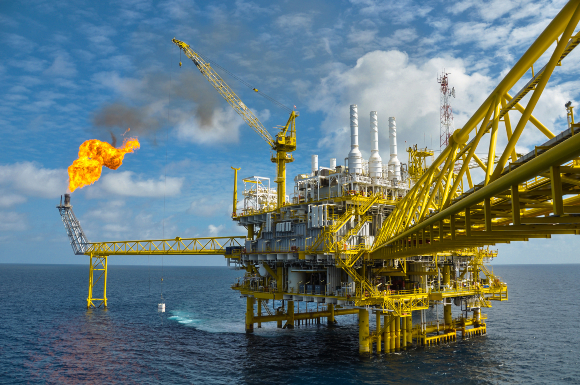 The conference did not explicitly call for steps to reduce the use of coal, oil and natural gas. An off-shore gas drilling rig | Photo: curraheeshutter, Shutterstock

This conference differed from its predecessors in the emphasis placed on the damages already caused by the climate crisis and on the responsibility of the developed countries for these damages. Previous conferences, including last year’s conference in Glasgow, focused on ways to curb warming, mainly by reducing greenhouse gas emissions. Undoubtedly, these issues were also on the agenda at Sharm El-Sheikh, but this time much more time was dedicated to dealing with the consequences of the crisis.

Even before it officially opened, it was already clear that this year’s conference would focus on the battle between the developing countries, particularly the poorest among them, and the developed Western countries. The former demanded that the conference deal with payment for the damages caused by the climate crisis, and compensation to countries impacted by climate disasters. In many cases the countries suffering the most severe damage, such as Pakistan or countries in the Horn of Africa, which suffered severe flooding, are responsible for a very small proportion of global greenhouse gas emissions. They claimed that the developed countries, who have made their fortunes, to a large extent, with the help of fossil fuels, are responsible for compensating them for the “loss and damage” caused to them as a result of the crisis, which was brought upon by the use of those same fuels. This comes in addition to the assistance provided by the richer countries to developing nations, to help them make the transition to renewable energy sources.

For the first time, the issue of compensation took central stage at the conference. Protesters outside the conference call for assistance to poor countries impacted by climate damage | Photo: Yonat Eshchar

As expected, the industrialized countries initially opposed this demand, and the controversy even caused a delay when discussions began. Eventually the countries agreed on the establishment of a fund for paying damages, as requested by the developing countries. However, a senior US government official told CNN that the agreement does not include accepting responsibility for the damages or payment of general damages, but rather funds to cover the damage and restore the affected communities.

“This COP has taken an important step towards justice”, said UN Secretary-General António Guterres, in his speech on the last day of the Conference. “Clearly this will not be enough, but it is a much-needed political signal to rebuild broken trust”.

“This fund will be a lifeline for poor families whose houses are destroyed, farmers whose fields are ruined, and islanders forced from their ancestral homes”, said Ani Dasgupta, CEO of the World Resources Institute, to CNN. But he also added that the countries’ representatives are leaving Sharm El-Sheikh with no detailed plan for establishing and overseeing the fund. According to the decision, representatives from different countries will work together during the coming year on the details of the fund, including which countries will contribute to the fund, and how to determine which countries will receive funds.

What happened in Pakistan will not stay in Pakistan. A sign at the COP27 Climate Change Conference warning of the global impact of climate damages for poor countries | Photo: Yonat Eshchar

In the COP27 draft decision, which was published on Sunday, the issue of damages and coping with the climate crisis took center stage. The issue of curbing global warming seems to have been pushed aside at this conference. Nevertheless, the draft does include a call to “make further efforts” to meet the targets set down in the Paris Agreement and at the Glasgow Conference, namely, average global warming of no more than 1.5 degree Celsius by the end of the century. But the path to achieving this requires the world’s countries to significantly and rapidly reduce their use of oil, coal and gas, and they do not appear to have the political will to do so.

Therefore, the COP27 decisions are rather non-committal with respect to fossil fuels. They include a call to transition to renewable energy but also to low-emission energy. This term can be interpreted in several different ways, for example, by providing licenses to develop natural gas fields, since the use of natural gas emits less carbon dioxide compared to oil and coal. However,  recent studies show that gas fields emit higher-than-expected amounts of methane, which is a powerful greenhouse gas. Moreover, the decisions call for a gradual decrease (phasedown) in the use of coal, rather than the gradual cessation (phaseout) climate activists had hoped for. 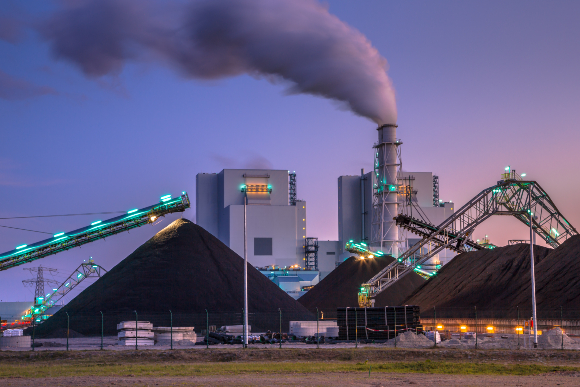 They couldn’t even make a decision to stop using polluting coal, only to gradually reduce its use. Coal-fired power station | Photo: Rudmer Zwerver, Shutterstock

"The influence of the fossil fuel industry was found across the board,” said Laurence Tubiana, CEO of the European Climate Foundation. “The Egyptian Presidency has produced a text that clearly protects oil and gas petro-states and the fossil fuel industries. This trend cannot continue in the United Arab Emirates next year”. Indeed, the next Climate Change Conference will take place in Dubai, one of those same petro-states alluded to by Tubiana—a fact that most likely reduces the chances to reverse the trend.

“We need to drastically reduce emissions now—and this is an issue this COP did not address”, UN Secretary-General Guterres added. A report of the United Nations Environmental Plan (UNEP), that was published a few days before COP27 began, emphasized the need for rapid, decisive action to meet the targets of the Paris Agreement. According to the report, even if countries meet the commitments they took upon themselves, we will still see a rise of at least 2.4 degrees Celsius in average global temperature, much more than the target of 1.5 degrees. Such a rise may lead to much more severe climate disasters than those already observed today, from heatwaves and droughts that will make large areas uninhabitable, to rising sea levels that will wipe islands and coastal cities from the map.

“COP27 may be over, but the fight for a safe future is not”, said Elizabeth Wathuti, a young climate activist from Kenya, after the news from the UN. “The interconnected food, nature and climate crisis are right now affecting us all—but the frontline communities like mine are hardest hit. How many alarm bells need to be sounded before we act?”