Martin Gardner - The Riddler from Oklahoma

Commemorating the recent 107th anniversary on the birth of the greatest puzzle-master ever, Martin Gardner, who better than anyone knew how to convey the beauty of mathematics to the general public.

It is customary to present well-known people by their profession. For example - chemist Gerhard Schmidt or astronaut Sally Ride and so on and so forth. However, any attempt of a similar portrayal of Martin Gardner, who has not even completed his masters degree, is doomed to failure. He was all things together and none of them at the same time. He was a magician, a puzzle-master, an author, a mathematician, a philosopher and many other titles, none of which he acquired formally. However, it is difficult to find a mathematician, a magician, a philosopher, or a scientist who has not heard of Gardner. No other person during the 20th century has been able to expose in such an innumerable number of ways how beautiful, delightful and fun mathematics can be - even for people with no formal education.

Gardner was born in Tulsa, Oklahoma, on October 21st, 1914. His father was a geologist who specialized in fossil fuels and his mother was a teacher who practiced Montessori education, which is based on high exposure of children to stimulations that help them manifest their “true nature”, that is, their natural tendencies and talents. Her personality and educational approach greatly influenced Gardner’s own educational legacy. 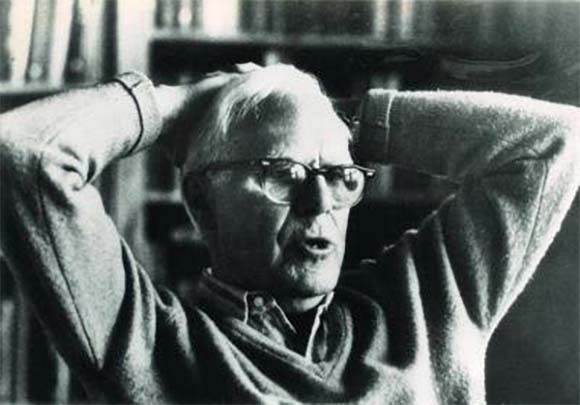 Gardner learned to read well before his friends, and his favorite books were 'The Wizard of Oz' by Frank Baum, 'Alice in Wonderland' by Lewis Carroll and the riddle books of puzzle masters Sam Loyd and Henry Ernest Dudeney. In school, Gardner loved physics, but upon his arrival to Chicago University he fell in love with philosophy and ended up earning an undergraduate degree in this subject. During the 1930’s, the years of the global economic crisis, Gardner made a living from occasional jobs as a waiter, a social services home visiting officer and as a reporter in a local newspaper. Eventually, he found a job at the University of Chicago Office of Press Relations.

In 1941 Gardner enlisted in the U.S. Navy, serving in World War II on board a destroyer that accompanied convoys across the Atlantic. Following his discharge at the end of the war, he began writing articles for popular magazines such as the men’s magazine Esquire and the children bimonthly magazine Humpty Dumpty

At the time Gardner frequently attended a restaurant in Lower Manhattan, where about fifty magicians would gather to exchange secrets of the trade. Thus, in 1956, Gardner, who was also an amateur magician, was introduced to the magic trick of a bill disappearing in a cardboard box. The magic trick, which is based on flexagons - a type of mathematical paper folding, aroused his curiosity, and he traveled to Princeton University, in order to talk to the mathematicians who invented and studied these flexagons.

In an unplanned manner, this visit to Princeton kicked off his career. Following the visit, Gardner sent an article on flexagons and their inventors to the popular science magazine Scientific American. The editors were highly impressed with Gardner’s writing and decided to appoint him to a permanent position as a popular mathematics reporter. Gardner filled the position for 25 years until his retirement at age 65.

Gardner’s regular column, which later became legendary, was entitled 'Mathematical Games' and was dedicated to informal mathematics, mathematical amusements and the uncovering of the depths behind them, and also to the connection between mathematics and the arts. For example, he published in three consecutive columns, the “Game of Life” by a man who later became his close friend, John Horton Conway, which is in fact a paradigm that serves as a basis for many current day computer simulations of complex systems. He also made topics in topology - a mathematical field that deals with the folding and stretching of shapes in space - such as Möbius strips, flexagons and “taxi driver geometry” - the geometry of crisscrossed spaces, such as webs, accessible to the general public.

His love of riddles, magic and games led him to write about wired tic-tac-toe games, chess with new rules (Fairy Chess), logic puzzles about liars and truth-tellers and a variety of other topics. In the field of art, he wrote, among other things, about the unusual collaboration between the Canadian geometer H.S.M. Coxeter and the famous graphic artist M.C. Escher, and dedicated a column to the “Oulipo” group of French mathematicians and writers, founded during the 1960’s with the aim of creating new literary structures that are derived from constraints and restrictions that the creators imposed upon themselves.

In addition to his regular columns in the Scientific American, Gardner also authored over a hundred books dealing with recreational mathematics, popular science, magic tricks, philosophy and even theology. Many of his books were based upon what was later known as “Gardner's Mathematical Grapevine” - an extensive network of acquainted mathematicians, magicians and artists who shared a burning love for mathematics.

One of his best-known books was “The Annotated Alice”. In hundreds of annotations Gardner unveils the wonders of mathematics that are hidden in the nonsense book by Lewis Carroll, who was himself a mathematician. Gardner later wrote annotated versions of other books, including some works by the English writer J.K. Chesterton as well as “The Wizard of Oz'', which he co-authored with the literary scholar Russell Nye.

Owing to his talent of conveying complex ideas in a clear, simple language, with grace and plenty of humor, his books became very popular. He had also testified that the more he wrote, the more he learned himself.

A Fighter of Charlatanism

Gardner dedicated a significant part of his time to fighting pseudoscience - claims or methods that claim to be scientific but do not comply with the criteria of systematic and objective research, such as homeopathy or Freudian psychoanalysis. He also liked to expose magicians who claim to have supernatural abilities. Amongst many he also exposed the methods of the Israeli psychic Uri Geller.

Despite being very famous, Gardner led a modest life. He seldomly left his house and mainly focused on developing personal connections with mathematicians - either face to face or in correspondence. In spite of being raised in a devout Christian home, he himself was not religious. Alongside his distancing from Christianity, he adopted a theological approach that was based on the writings of Plato, Emanuel Kant and especially, Miguel de Unamuno. He declared himself as Deist - a person who believes in the existence of a transcendent supreme being - but believed that it does not actively intervene with nature.

Gardner left a legacy that was centered around the love of the inherent beauty in mathematics, the celebration of the human intellect and of common sense and continuous learning through natural curiosity, experience, games and puzzles. In order to commemorate him, members of his “Grapevine” started the “Gathering 4 Gardner” organization, which includes mathematicians, puzzle-masters, magicians and artists. Many of the principles of his creative mathematics are implemented in the mathematics learning programs of The Davidson Institute of Science Education, including the logic games festival, “Math Online” program, The Neil Shore Recreational Math Workshop, and more.

He passed away on May 22nd, 2010, in his home in Oklahoma, after 95 years of captivating curiosity, extensive knowledge and amusement. His approach to life is best summarizes in a sentence he said 12 years earlier: “I just play all the time and am fortunate enough to get paid for it”