Found in the past, the present and naturally occurring. How are mummies created, and what is in common between deserts, snowy peaks and boglands?

During the 19th century the Egyptomania craze seized Europe, where many were captivated by the charms of ancient Egypt following fascinating discoveries from the pyramids of Giza. Numerous treasures filled museums throughout the continent and were even sold in markets, however the highlights were the mummies: remnants of embalmed ancient Egyptian kings.

Within each mummy there is a human cadaver that appears immune to the passing of time. This is where the mythical trope of a scary mummy wrapped in shrouds comes from. Nowadays, the mummies, which have been preserved well over thousands of years, allow us a glimpse into the lives, beliefs and deaths of ancient cultures, and shed some light on the history of humanity. But how could these lifeless cadavers survive intact for so long?

Between a mummy and a cadaver

The mummies appear to taunt death and avoid decomposition. Naturally after death, self-disintegration processes of the body start within the tissues due to lack of oxygen. The cells of the body that cannot maintain their energy consumption begin to die. Subsequently, the internal structure of cells collapse and cause leakage of their content, and so proteins that specialize in breaking down compounds in the cell begin to uncontrollably break down tissue. Then, the bacteria that naturally reside in the body join the fray, as they now feast on the dead tissue. Later on, depending on the environment surrounding the cadaver, soil bacteria, fungi, insects and scavengers will assist in the annihilation of tissues, until nothing remains but bare bones.
Ceasing the decomposition process in any one of these steps would create a mummy, meaning a body that along with the skeleton also preserves its internal organs, hair, skin and other tissues.

The necessary component for decomposition is moisture, as without water the proteins cannot function and the bacteria cannot survive. Therefore, drying the cadaver is an important part of its preservation. It is relatively easy in the dry climate of the Egyptian desert, and possible when these conditions are artificially imitated. A systematic disinfection of bacteria using toxic materials would also achieve similar results.

What happens to our body after we die? A TED-Ed video:

Embalmers in ancient civilizations used this knowledge for the basis of the post-death preservation industry. Mummification was a central component in the belief of ancient Egyptians, who believed that the body of the deceased should resemble the living form as closely as possible to guarantee the soul’s passage to the afterlife.

Ancient scripts, mainly of the Greek historian Herodotus, describe in excruciating detail the process of Egyptian mummification, including extensive instructions on the drying and preservation processes. First, the embalmers emptied the deceased’s skull using a metal spoon with which they extracted the brain through the nostrils. Then, they emptied the content of the body and stored internal organs in jars that were ceremonially buried beside the body. The empty cadaver was filled with fragrant herbs and covered in salt for seventy days in order to absorb all moisture. Finally, the cadaver was wrapped in shrouds and sealed within a human-shaped casket called a sarcophagus, isolated and preserved.

The reason behind the embalming practice amongst the Chinchorro people remains a mystery. However, the discovery of numerous mummies of fetuses and young children have led to the theory that this was a method to eternalize members of the family who have died prematurely. The embalming process of the Chinchorro people is more complex than the Egyptian method, as prior to the removal of the internal organs the head and limbs were removed from the cadaver and reattached at a later date, along with the skin that was also removed and rewrapped around the body. The content of the body was dried by filling the cadaver with hot coals and straws. Lastly, the cadaver was sealed in mud and preserved, in part thanks to the arid climate of the area.

Humanity’s artificial embalming process was probably inspired by examples seen in nature. As noted above, dry climate alone is sufficient to prevent bacterial activity, and the world is filled with locations where the dryness climbs to the required extremes. For example, the Saharan desert, the Canary islands and the arid peaks of southern Peru and northern Chile are all locations where various mummies were found.

Under such conditions, the cadaver loses fluids gradually, at a pace that depends on the ratio between its surface area and volume. The greater the ratio, the more the cadaver is exposed to the external environment, and the faster the drying process will be. For example, fingers and toes, whose surface area is large and their volume is small, tend to preserve ideally. In contrast, the centre of the body and the internal organs tend to decompose faster. It’s possible that encounters with naturally-created mummies in the desert taught the Egyptians ways to dry their dead.

The desert is not the only place that can create mummies – freezing in icebergs yields similar results. The combination of extreme cold and dry winds assist in halting the decomposition process and preventing bacterial reproduction. Many mummies were found at the caves of Greenland for example, dated back to the 15th century. These mummies were buried at caves isolated from snow and rain, and their burial method didn’t allow them to absorb moisture and decompose.

Such freezing conditions also exist among snowy peaks that occasionally preserve the mummies of unfortunate mountain climbers. In 2017, an usual defrosting of snowy peaks in the Swiss Alps led to the revealing of a preserved couple that had disappeared in 1942 during a trip and were suspected to have been buried under an avalanche.

A special type of natural embalmment that requires no drying whatsoever can be seen within the water of bogs. Bogs are common in northern Europe and are bursting with organic materials from dead plants and animals. These materials gather over time and become acidic. The sphagnum moss, adapted to the bog life, excretes compounds that trap the calcium required for bacterial growth into the water. Combined with the low temperature of the water and the scarce oxygen, this creates harsh conditions for bacterial life. Animals and humans that have drown in boglands, accidently or as a cruel punishment, become wet however almost completely preserved cadavers, with particularly flexible tissues and skeletons due to the loss of calcium.

In the 12th century, farmers in Denmark have discovered in a Bog a cadaver so well preserved, they assume it was a recent murder. A precise dating of the cadaver, later known as Tollund Man, revealed he had been dead for over 1,500 years. 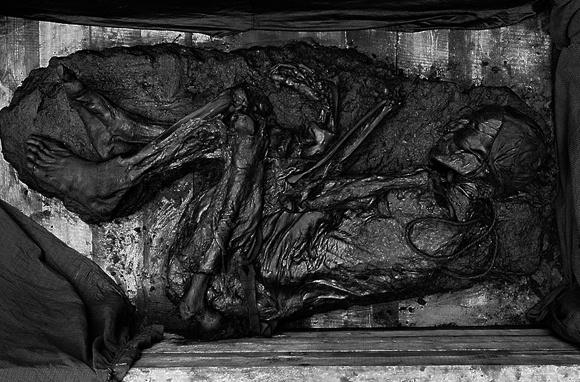 The mummies are still here

Although embalmment is rare in the 21st century, isolated tribes in Papua New Guinea still perform similar procedures for their dead. To preserve the bodies of the tribe’s elders, the cadavers are wrapped in fabric and undergo a three-month long smoking process throughout which their content is removed.
The natives believe that you should not damage the face of the deceased and so attempt to leave it intact. Following the embalmment process, the cadavers are positioned in a sitting position on top of a rock overlooking the village, a reminder that the dead are watching from the afterworld. These mummies do not survive for long and eventually decompose until only a skeleton remains.

Nowadays with the spread of monotheism, the religious drive for embalmment has all but disappeared, however it is still performed for the sake of science and historical memory. The most famous modern mummy must belong to Vladimir Ilyich Lenin, the leader of the Bolshevik revolution and founder of the Soviet Union. His body has been preserved since 1924 under the watchful eye of a team of professional embalmers. His mummy was created using modern techniques, including exchange of bodily fluids with special embalmment fluids and replacing damaged tissues with plastic replicas with similar properties. In order to maintain a natural look, the cadaver is dipped once every two years in a bath of chemicals aimed at preventing decomposition, in a process called “fixation”.

The most common material used today for embalmment is formaldehyde, that tends to easily react with other materials in its area. When exposed to this material, proteins cross link other proteins together and by doing so lose their original structure and function, and so they cannot disintegrate the tissues. This function also destroys any bacteria that could have broken down the tissue. Formaldehyde, or mixtures made from it named Formalin, has replaced other chemicals that were used for embalmment over the years, such as arsenic salts and mercury -- both very toxic chemicals. Formaldehyde can preserve cadavers as close as possible to their natural form, including original weight and flexibility.

However, over the years, formaldehyde was found to be very carcinogenic to humans. Increasing awareness regarding the dangers of formaldehyde surged a search for safer embalmment techniques. A noteworthy example for this is Plastination, in which following the exchange of bodily fluids with formaldehyde a silicon polymer is injected into the cadaver. The silicon is activated under specific conditions and hardens and so stabilizes the cadaver in a chosen position. At the end of the process the remains of formaldehyde are removed and exchanged with the polymer. This is the method used in the renowned Bodies Exhibition that toured in Israel in 2009.

Mummies affected our lives across many disciplines, from religion and culture to science and technology. Physiological research of ancient mummies provides us fascinating and elaborate glimpses into the lives, diseases and customs of ancient cultures throughout history. The preservation methods, improving over the years, allowed us to better understand human anatomy and biology and subsequently develop advanced medical equipment. Our drive to hold off death and preserve life has been with us for a long time. Perhaps one day, the shrouds of mystery will unravel completely and provide us with a glance at our true abilities against death. 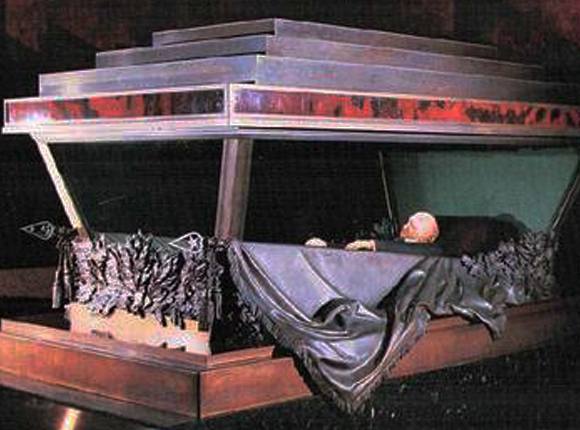