As the world grapples with the major outbreak of the novel coronavirus, we revisit the movie Contagion. How did they cope with the pandemic?

The threat began in the Far East and quickly spread all over the world through airports and the tourists passing through them. Within a few short weeks, the number of victims rose to millions, and all attempts to stop the spread of the disease proved futile. While scientists and doctors put their own lives at risk to develop a vaccine or a cure for this highly contagious disease, charlatans took advantage of the global hysteria to spread vicious rumors and sell their snake oils. The world did not come to an end before the pandemic was over, but the damage was extensive.

Now don’t panic – we’re not talking about the novel SARS-CoV-2 that the world is currently faced with, but with an imaginary and far more dangerous disease that is the backdrop for the 2011 film Contagion. Contagion is a very realistic movie, fairly scientifically based, that follows all the stages of dealing with a new epidemic: The attempts to stop it begin with quarantining the infected areas and circles of infection, through stages of developing a vaccine from identifying the pathogen, cultivating it in a lab and all the clinical trial stages, all accompanied by chaos and panic, failures, and finally – containment.

The film begins with a young woman named Beth Emhoff (Gwyneth Paltrow) coughing in an airport bar on her way back home from Hong Kong. The camera pans out to show all the surfaces that she has touched before leaving the place, and all the people who touch them after her. Welcome to my world as an epidemiology expert. Yup, that’s how I see the world we live in – everything infested with countless germs and pathogens, where every careless touch could bring dangerous diseases into my home..

Beth goes home, hugs her husband and son, and on the next day, loses consciousness and dies. Before her rather predictable death, she finds time to cough all over the doctors and nurses in the emergency room. Subsequently, her son also dies from the same mysterious illness, and from here, the movie goes off in three directions: The epidemiological investigation, the virological investigation, and the “plot”.

At the center of the story is Beth’s husband, Mitch (Matt Damon), who is trying to survive and protect his daughter as the world around him collapses. His impact on developments, however, is quite marginal. The real protagonist of the plot is the virus itself, and in order to understand it, the film is lined with numerous secondary characters, some relatively important, while others pop in, do their bit to fight the threat, and disappear. Practically no single human character is important enough to the scriptwriters to endow him or her with a developed personality.

Two interesting threads in the movie are the investigation of the outbreak carried out by the Center for Disease Control (CDC) in the U.S., and the epidemiological investigation conducted in parallel. Very often, commercial cinema sacrifices science on the altar of the plot, preferring the dramatic highs over scientific truth. This is how we end up with things like giant viruses in the series Fringe, or films like Outbreak, which gets so much wrong that it’s impossible to know where to start.

The CDC operates out of the city of Atlanta, Georgia. Its labs, where scientists, public health experts, and physicians work, house the world’s most dangerous pathogens. Its staff has been involved in investigating most of the major epidemics in recent years, including SARS H1N1 (“swine flu” of 2009) and others. They collect information on outbreaks in the U.S. and outside of it, based on the understanding that a disease breaking out in Bangkok is just 20 hours away by plane from New York. 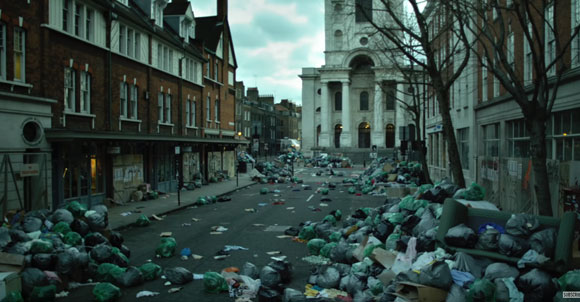 Empty streets – will we see such scenes this time around? All images are screengrabs from the movie.

So contrary to what many movies show, CDC staff members do not wander through remote villages, test tube in hand, without prior knowledge about what it is they are getting into, how the disease is spreading, and how to protect themselves against it. In Contagion, this indeed isn’t the case, and they always go into infected areas well prepared, with a logical and flexible plan that is adaptable to the conditions in the field.

In Contagion, the CDC field agent is Dr. Erin Mears (Kate Winslet). At the beginning of the movie, she is sent to Minnesota, following Beth’s death from the mysterious disease a few days earlier. Her goal is to learn what she can from the field, question the deceased’s family, and mostly, prepare the ground to deal with a possible epidemic. She deals with local politics, investigates Beth’s past, sets up centers to deal with those infected as the disease spreads, and ultimately, gets infected herself.

The CDC does indeed sends people into the field on such missions. The program, which is called the Epidemic Intelligence Service, allows epidemiologists to develop their skills in investigating diseases. These investigators wear two hats – on the one hand, they conduct research aimed at understanding how diseases spread, and on the other, they are public health officials who are trying to prevent further spread.

In the case of such an extreme outbreak, like the one depicted in the film, far more people would be deployed by the CDC. After all, they need to act as quickly as possible and everyone must have a backup. 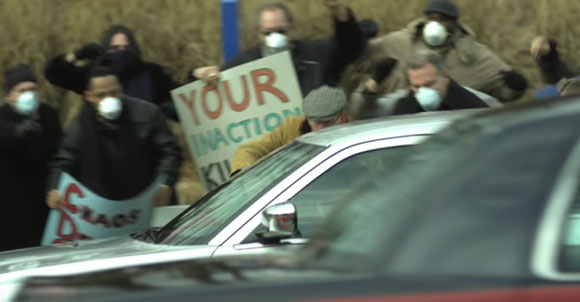 Another interesting character in the movie is epidemiologist Dr. Leonora Orantes (Marion Cotillard). Her mission as an epidemiologist with the World Health Organization (WHO) is to travel to Hong Kong to discover where this new and deadly disease originated. When she finds Patient Zero, the first person to contract the disease, she is kidnapped and taken to a remote village in China in order to serve as a bargaining card in an attempt to obtain access to the American vaccine – even though at that point, there still isn’t one.

My favorite part of the movie is when Dr. Orantes enters her office, sits down, says something along the lines of “Ok, let’s get to work,” and…switches on her computer. Yup, that’s how it goes. Epidemiologists spend most of their time in front of the computer screen and not in a secret lab, working with mysterious compounds.

In practice, throughout the movie, there is not a single moment when either of the two epidemiologists, Erin Mears and Leonora Orantes, find themselves working with pipettes or wearing lab coats. It’s simply not their job. They are not meant to research the pathogen, but rather, understand who infected whom and how to stop the spread of the disease.

Dr. Orantes also works alone. Each of her scenes shows her hard at work, while the Chinese epidemiologists around her do nothing except look irritated and talk about the political consequences. That is ridiculous – in the case of any major outbreak like the one in the film, cooperation is expected among the professional factors, as is mostly happening with the current coronavirus outbreak. 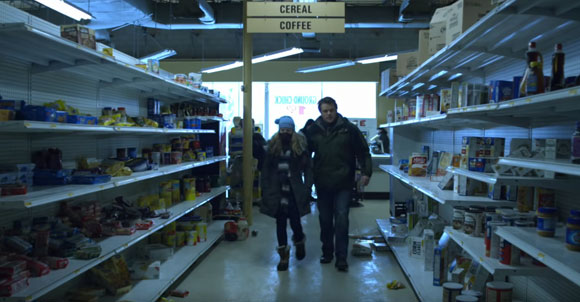 The third important character in the movie is virologist Dr. Ally Hextall (Jennifer Ehle). She has the most complicated job of all – isolating the virus, identifying it, growing it in culture, and producing a suitable vaccine. She is the one dealing directly with the pathogen.

Yes! Finally a movie that understands that epidemiologists do not deal with pathogens – that is the work of virologists, microbiologists, and others, who actually know how to use a pipette. Lab researchers are the ones tasked with isolating the pathogens and finding a vaccine or a treatment as needed.

Everything around this is also true – including the lab staff’s disconnection from the corpse-full reality. They are not the ones who deal with the question of where the virus came from and where it is going, but rather, they have to understand how the disease works and explain it in simple terms.

Everything in the movie happens too fast. The precise diagnosis of the virus, understanding its mechanism, creating the culture that will allow the virus to grow in the laboratory, finding the vaccine, and of course – testing it on the chief scientist. She injects it to herself and goes to the hospital to check if it is effective. It doesn't work that way – it takes numerous tests to gain approval for clinical trials in humans, determine the correct dosage, and identify potential side effects. The vaccine is of course produced by the drug companies, and the process is supervised in the U.S. by the Food and Drug Administration (FDA), without any connection to the CDC at this stage.

Medical history is indeed rife with physicians and scientists who experimented on themselves, such as Nobel Prize Laureate Barry Marshall (who is mentioned in the movie), who had injected himself with the bacterium Helicobacter pylori to show that it causes stomach ulcers; but even then, the complex process of testing and approving the vaccine or drug is still required. At least when Dr. Hextall injects herself, she remembers to pull down her tights. According to Dr. Ian Lipkin, who was one of film’s scientific advisors, the scene was initially filmed with her injecting herself through her tights – but, in response to his demand, the scene was re-shot to make it more accurate. 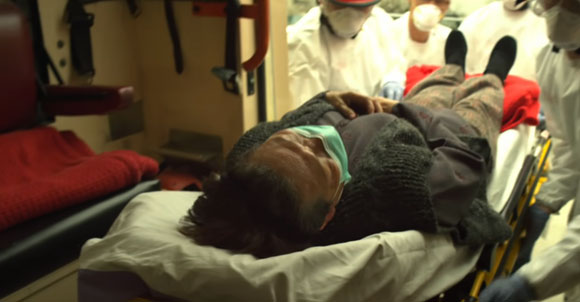 What about the virus itself?

The logic behind the disease is sound. Diseases that spread through the respiratory system are indeed very contagious – such as flu or other types of coronaviruses. It’s also accurate that new viral strains are formed all the time where there is contact between animals and humans, such as farms, markets, etc. And some of these diseases have been known to afflict humans.

It is important to note that such viruses are usually not fatal, or not infectious. Often, there is a particularly deadly virus but it is not transmitted between humans – for example, one of the strains of avian influenza (bird flu) was very deadly but had difficulty to spread from one human to another. In other cases, a virus may be very contagious, but not especially deadly. The film chose the extreme nightmare scenario, which is indeed possible, of a highly contagious and deadly disease transmitted from animals to humans.

As for the question of whether it could actually happen, the obvious answer is it has already happened. We were very lucky with the 2003 SARS outbreak, which left 774 people dead before it was contained, and with the H1N1 flu strain, which caused considerable panic in 2009, but ended being less deadly than originally feared. Both of these diseases “inspired”  the film. Neither were as deadly as feared, but they spread widely across the world within a few weeks. Were there more fatalities, we could easily have found ourselves living the nightmare.

The distribution mechanisms of the current virus, SARS-CoV-2, are still unclear, but it is already apparent that it is far less fatal than the pandemic described in the film. However, it does represent a real danger to our health and has already taken the lives of thousands of patients, in China and elsewhere. It is hoped that, like SARS, its spread will be contained within a few months.

Dr. Keren Landsman is an epidemiologist and public health expert.