A Triple Attack on Cancer

Israeli scientists have developed a novel treatment for skin cancer that combines nano-particles, immunotherapy, and inhibition of suppressor factors in the tumor’s micro-environment. The triple strategy shows impressive results – for the moment, in mice.

In the last several years, more and more new anti-cancer treatments apply immunotherapy: harnessing the immune system to combat the tumor. Clinical use of anti-cancer drugs such as Pembrolizumab (trade name Keytruda) and Ipilimumab (trade name Yervoy) has given hope to many cancer patients, primarily those suffering from melanoma. Despite the enthusiasm, studies show that only some 60 percent of melanoma patients respond to immunotherapy treatments. The rest have to wait for the development of novel therapies.

Recently, researchers from Tel Aviv University, in collaboration with scientists from the Weizmann Institute, the University of Lisbon in Portugal, and the University of Turin in Italy, have developed a new treatment for melanoma, which integrates three strategies: immunotherapy, addressing the tumor micro-environment, and nano-particle vaccination. The combined therapy activates immune cells to act specifically against cancer cells and inhibits the tumor’s micro-environment from interfering with their activity. The study was published in the scientific journal Nature Nanotechnology. 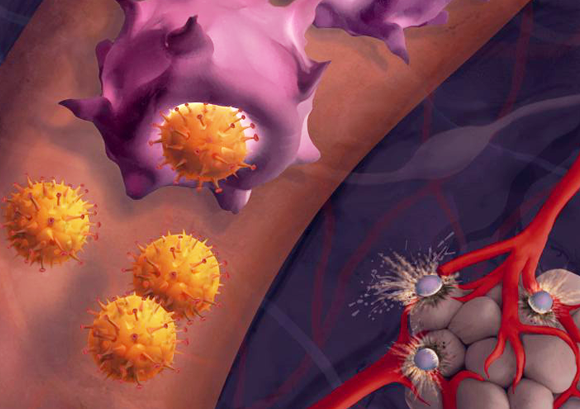 Most of us have only heard of vaccines for the prevention of infectious diseases such as the flu, but their application in cancer treatment has been gaining momentum over recent years. The principle underlying this therapy is an injection of a small protein, characteristic of cancer cells, in conjunction with molecules that activate the immune system. This enables the activated immune cells to learn to recognize this protein and kill cancer cells that present it on their membranes.

Despite the positive anti-cancer results achieved by these vaccines, in many cases their effectivity is low, mostly because cancer cells inefficiently present the target proteins to the immune cells. To overcome this problem, Prof. Ronit Satchi-Fainaro’s research group at Tel Aviv University, led by João Conniot and Anna Scomparin, in collaboration with Prof. Steffen Jung’s group from the Weizmann Institute of Science and other researchers, developed special nano-particles. The particles contain the cancer-characteristic proteins in addition to molecules that activate the immune system (called MPLA and CpG). 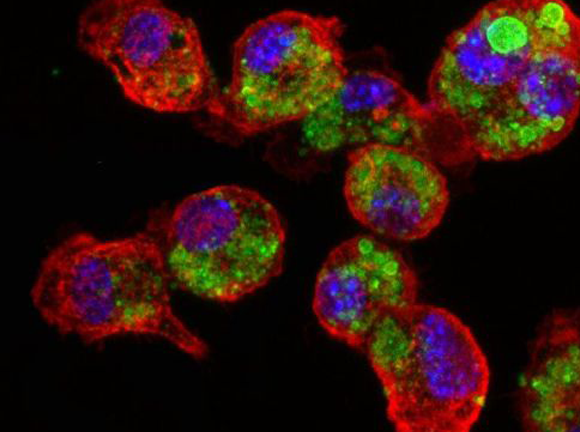 To test the efficiency of the new vaccine, the researchers injected mouse melanoma cells into mice and waited a week for the tumors to establish themselves. Then they injected the mice with the nano-particles. In parallel with the nano-particle vaccine, the mice received immunotherapy to prevent the tumor from inhibiting the activity of the immune cells against it, while also boosting the activity of the T cells against the tumor. This was achieved by using an antibody that targets PD-1 (similar to the antibody drug Keytruda mentioned earlier), and another molecule, OX40-L, whose effectivity in anti-cancer vaccines has been shown in previous studies.

18 days after the injection of the cancer cells, the tumors in mice that received the combined nano-particle vaccine and immunotherapy treatment were significantly smaller compared to those in the control group of mice. However, the mice were not completely cured and the tumors continued to grow. 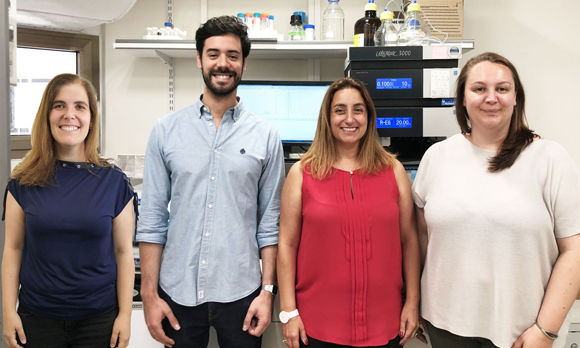 The in-depth investigation of what occurred in the tumors showed that 18 days after they were injected into the mice, they were infiltrated by cells called “myeloid-derived suppressor cells.” These are blood cells whose entry into the tumor environment suppresses the activity of the immune cells against the cancer, and allows the tumor to continue developing. Human tumors with a high infiltration of these cells are characterized by a poor prognosis and the development of resistance to anti-cancer therapies. In order to neutralize these cells’ effect, the researchers decided to add yet another component to the combined treatment – the drug Ibrutinib – which is known to inhibit these cells’ activity.

The now-triple therapy, composed of the nano-particle vaccine, immunotherapy, and Ibrutinib, doubled the time needed for the tumors to establish themselves, from 18 to 40 days after injection. Likewise, 65 days after the injection of the cancer cells, around 67 percent of the mice that had received the triple therapy were alive, compared to only 20 percent of the mice in the control group.

The study’s results show that treatments targeting the cells in the tumor’s micro-environment, and not necessarily the tumor cells themselves, are proving their effectivity and that their use should be expanded. The combined use of several strategies enabled an efficient activation of immune cells in the tumor’s surroundings, while at the same time neutralizing other cells that inhibit their activity. Since anti-cancer vaccines, immunotherapy, and the drug Ibrutinib are all already in separate clinical trials, the researchers hope that the next step in the clinical studies will be to combine them in the treatment of melanoma patients. Furthermore, in the future, the researchers hope to test the effectivity of the triple therapy for use in other cancers, such as pancreatic, intestinal, and prostate cancers.