The Painter Who
Invented Modern Science

Leonardo da Vinci - painter, engineer, inventor, scientist and one of the most prolific minds in history, was born 570 years ago and died 503 years ago today

Leonardo da Vinci was born on April 15, 1452 near the town of Vinci in Tuscany. It was the height of the Renaissance period in Italy and Leonardo embodied the essence of this time better than anyone. He was a polymath and a true Renaissance man and his greatness manifested mainly in art, science and engineering.

Leonardo was born the illegitimate son of a notary from Florence. He spent his early childhood with his mother and later moved to live with his father’s family in Florence, where he received an education alongside his stepbrothers.

Italian artist Giorgio Vasari, Leonardo’s contemporary, who has also written biographies of famous artists, described Leonardo the student as one who expressed interest in a wide variety of fields but who tended to abandon them quickly. According to Vasari, Leonardo excelled in arithmetics and often posed questions to his teachers. He was also an impressive harp player and has even won a musical competition in Milan as an adult.

When Leonardo turned 14, his father showed his paintings to artist Andrea Del Verrocchio, who accepted him as his apprentice. Painters were not fully independent at the time, but usually painted in response to orders from noblemen and from the church. It was also customary at the time for painters to employ apprentices who underwent thus training for the profession. Leonardo worked for Verrocchio for several years, even after he was accepted into the painters' guild of Florence, before staring to work as an independent artist. 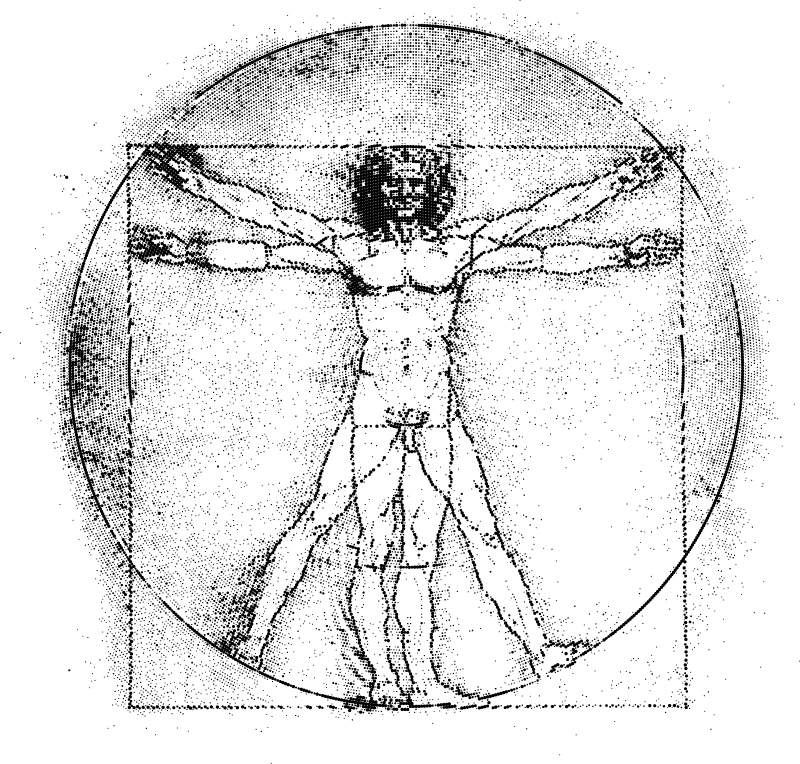 The most famous anatomical drawing. The Vitruvian Man | imagineerinx, Shutterstock.

Verrocchio was very strict with his students with respect to the precision of the anatomic details of the figures they drew and Leonardo was thus exposed to anatomy. He was fascinated with the field and kept studying it throughout his life. He dissected many corpses and kept precise drawings of the organ systems of the human body. He was also interested in animal anatomy and the differences between animal and human anatomy. His most famous anatomical drawing remains the Vitruvian Man.

Leonardo left behind hundreds of anatomical drawings most of which have found their way to different collections around the globe. He was interested in anatomy and physiology, especially that of the eye, since he believed that the eye’s function is key to understanding perspective. In addition, he was also interested in the mechanisms that underlie the operation of different systems in the human body, including muscle mechanics. In his view, the way to understand phenomena is by associating them with other phenomena through similarity of patterns, such as the “Golden Ratio”, which is very common in nature and appears in many of Leonardo’s paintings and drawings.

Leonardo was also fascinated with the study of nature and especially with the study of natural shapes and forms. For him, science and art were intertwined, since he saw painting as a tool for exploring and depicting shapes in nature, perspective and the geometry of light rays. His study into the field of light and optics led him to develop the Sfumato (Italian for “smoky”), a technique for softening transitioins between colors, in order to create an illusion of light and shadow. This technique, when combined with correct space arrangement (perspective), allows to create an illusion of volume and space.

Examples of this can be found in his most famous painting, the Mona Lisa: the facial features and hands of the woman in the picture have no contours, they are formed exclusively by gradual shade transitions. The blurry shade transitions in the corners of the eyes and mouth create the unique expression and the sensation that Mona Lisa’s gaze follows the spectator. In addition, behind the character there are landscapes drawn with a great richness of detail. It is interesting to note that although Leonardo had extensive knowledge of perspective and space, he chose to paint slightly different landscapes on both sides of the figure and that even the horizon is not uniform on both sides. 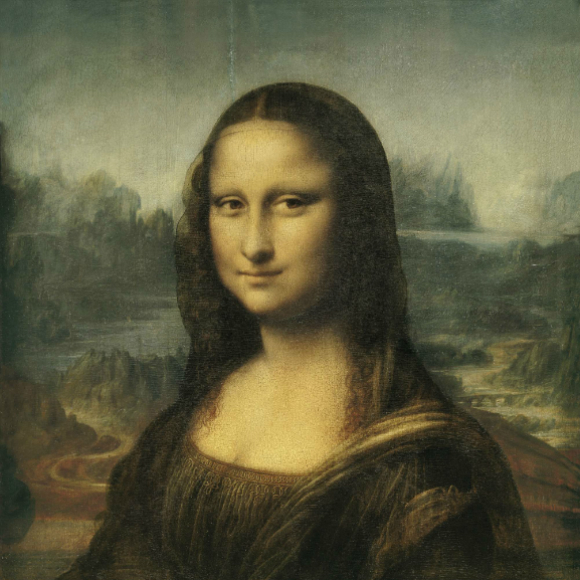 After a few years in Florence Leonardo moved to Milan, where he assisted the region's patrons in building barricades and dams, in parallel to his work as a painter (one of his most famous paintings, The Last Supper, is a mural in a church in Milan).

Among his sketches and drawings there are many models of devices and machines, many of which were hundreds of years ahead of their time, such as aircrafts, vessels for traveling in water, bicycles and more. There is evidence that he designed and built many scientific devices, including devices for measuring distance and air humidity, and used them in his research.

In Milan he also met Nicolò Machiavelli, author of the book “The Prince”, which is considered one of the fundamental books in political science and a guide for leaders on how to rule with might. Later on Leonardo also worked for Machiavelli. 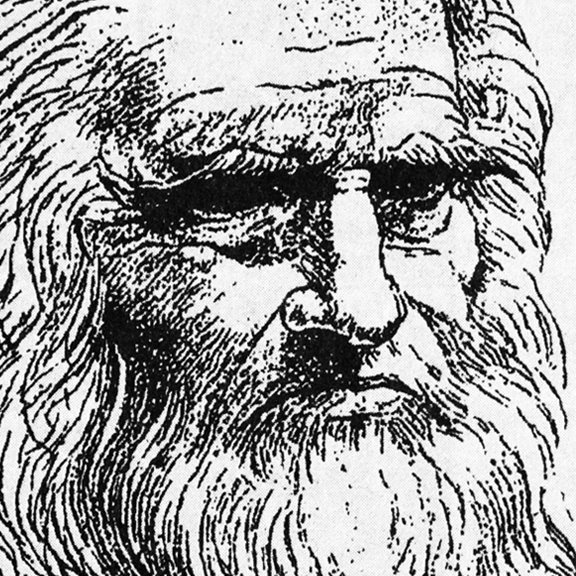 In 1516 Leonardo moved to Amboise, France, at the invitation of King Francois I, and remained there until his death on May 2nd, 1519. He was buried in Amboise, but the church he was buried in was destroyed during the French Revolution and his grave’s location was lost.

Leonardo has led a careful documentation of his work and research, but he never published it, in spite of being a well known figure amongst the nobility of Italy and France. Some of his writings have been preserved to this day and their analysis reached the conclusion that Leonardo may be entitled to be named the father of modern science, as could be concluded from his writings: "First I shall do some experiments before I proceed further, because my intention is to cite experience first and then with reasoning show why such experience is bound to operate in such a way. And this is the true rule by which those who speculate about the effects of nature must proceed." (From “The Science of Leonardo”, Fritjof Capra).