The Invention
That Altered History -
The Slide Rule

It played a major role in the scientific and technological revolutions that shaped our world, formed an inseparable part of the work of scientists, engineers and technicians and even flew to the moon, but many have never heard of it. The 400th anniversary of the invention of the slide rule

It was the beginning of the 17th century and the scientific revolution had already begun, with the sensational discovery published by Copernicus about half a century earlier, that the Earth and other planets orbit the Sun. Copernicus estimated that their orbits are perfect circles, while Johannes Kepler was convinced that Copernicus was mistaken with respect to the shape of the orbits and that the planets did not move in perfect circles. Kepler had at his disposal some remarkably accurate measurements of the motion of Mars through the sky, which were made by his mentor, astronomer Tycho Brahe. Using these measurements, Kepler set out to manually calculate Mars’s trajectory, but the calculations extended on and on and he repeatedly kept making mistakes. A year and another have passed, but he was unable to reach an answer. In light of these torturing calculations, Kepler asked for help from other astonomers. These refused and Kepler continued running the calculations by himself. It took Kepler four years to complete the 900 page-long calculation that had to be repeated nearly 70 times! Luckily for him, Kepler was unaware of the fact that they contained mistakes, which miraculously, almost completely canceled each other.

Kepler’s case is not unique. Throughout history, the difficulty of performing complex calculations has troubled many scholars and has delayed the development of human knowledge. This difficulty led to the invention of a revolutionary calculation device: the slide rule. 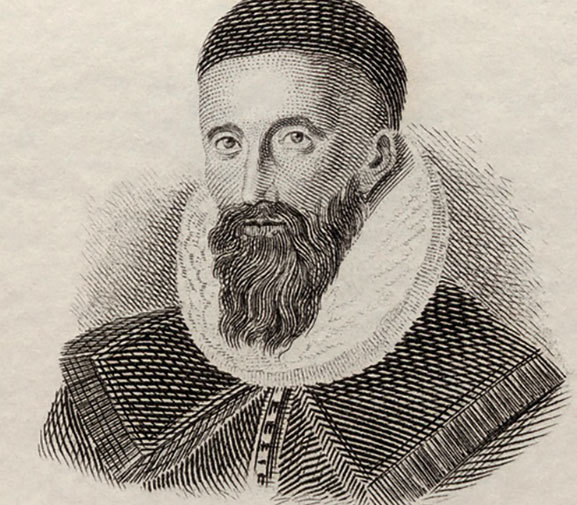 The Birth of the Slide Rule

As the scientific revolution progressed, calculations became increasingly difficult to perform. Researchers and technicians performed accurate scientific measurement, the field of mathematics has evolved and scientists were required to perform long and complex calculations. And then an amazing thing happened. Scottish mathematician and astronomer John Napier discovered a function he named “logarithm”, which allows to transform complicated multiplications and divisions into simple additions and subtractions. In today’s terms, a base 10 logarithmic function of a number X, denoted as log(X), calculates how many times 10 should be multiplied by itself to obtain the number X. For example, Log(100)=2, since 102 = 100, meaning that one has to multiply 10 by itself twice to get 100. An example for the use of logarithms is when we “count zeros” while multiplying 100 by 1000: we are in fact calculating their base 10 logarithms, log(100)=2 and log(1000)=3, and adding them together provides 5, which is the logarithm of their multiplication product, 100,000. Generally, this identity can be written as follows for any two real numbers a and b: log(ab)= log(a) + log(b).

In 1614, after nearly 20 years of hard work, Napier published his findings in a 90-page table - a table listing the logarithms of about ten million numbers. The logarithmic table allowed to find the product of two numbers in the following manner: find the logarithm of each of the numbers in the table, add the two logarithms together and find the number the logarithm of which is identical to the calculated sum, obtaining thus the desired multiplication product. When an astronomer multiplies two values of a trigonometric function, for example 0.57357 and 0.42261, he can find the closest approximation of their logarithms in the table, -0.24141 and -0.37406, respectively, add the two numbers, obtaining: -0.61547, and find the number the logarithm of which in the table is: 0.242399. This number is an approximation of the desired multiplication product. Addition is a much simpler operation than multiplication, and thus, the logarithmic table was a hit, mainly among astronomers such as Kepler, for whom the invention saved a lot of time and mental strength, and they even used to include such tables in their publications.

Next, in 1622, precisely 400 years ago, William Oughtred created the first slide rule. It was a simple and easy-to-use calculation device, consisting of two parallel logarithmic rulers that can slide past each other. To calculate the product of a and b, all one has to do is allign the rulers so that the number 1 is found above the number a in the bottom ruler, and check which number is found under the number b. There, at a distance of log(ab)=log(a)+log(b) from the edge of the bottom ruler, the desired product is denoted: ab. Performing the same operations in reverse order allows us to perform division, which is the opposite of multiplication. To divide ab by b, slide the rulers such that the number b in the top ruler is placed over ab in the bottom ruler, and find the number that is under the number 1 in the top ruler.

The revolution of rapid calculation. Calculation of the multiplication product of the numbers 2 and 3 using a basic slide rule | Image: Jakob.Scholbach, Wikipedia

The invention of the slide rule simplified multiplication and division operations. It came into common use by mathematicians, scientists, engineers, doctors, geographers, military personnel, pilots, tax clerks and others. Isaac Newton, Thomas Jefferson, Albert Einstein, all used slide rules. It assisted in nearly every invention, every design of a historic structure and in every significant scientific development for nearly 350 years.

As its use became widespread, the slide rule became increasingly sophisticated. Alongside the “regular” logarithmic scales, additional scales, which allowed the calculation of many functions, such as sine, square root and exponent, began to appear. For example, to calculate squares and square roots, a logarithmic scale in which the number x2 appears above any number x on the regular scale was created: 1 above the number 1, 4 above the number 2, 9 above the number 3 and so on. Finding the numbers that appear above each other at the same distance from the edge of the ruler, but at different scales, is all that is required to calculate the function, square or square root in this example. The addition of a thin vertical line, which was slidable along the ruler, facilitated simple numerical comparisons between scales and allowed the calculation of functions with a three digits accuracy. Scientific notation allowed performing these calculations for any number, whether large or small. 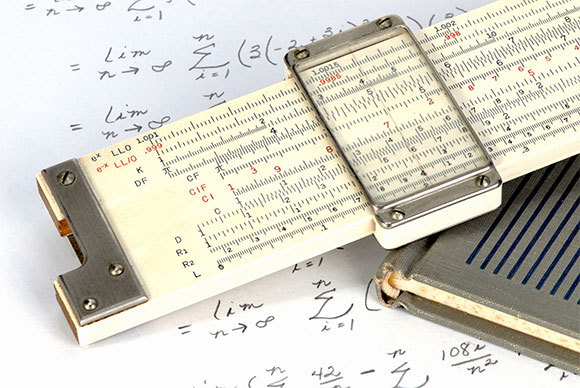 The device became increasingly sophisticated. A slide rule with different scales. The thin line that can be moved along the rule allows for convenient and accurate reading of the calculation results | Image: dvande, Shutterstock

In addition to calculating general functions, dedicated rules with scales that were designed to assist with certain specific calculations also existed. These included rulers for conversion between different units, calculations of bank loans, engineering calculations and even complete flight computers that were used for aviation-related calculations. There were also circular and even cylindrical rules. 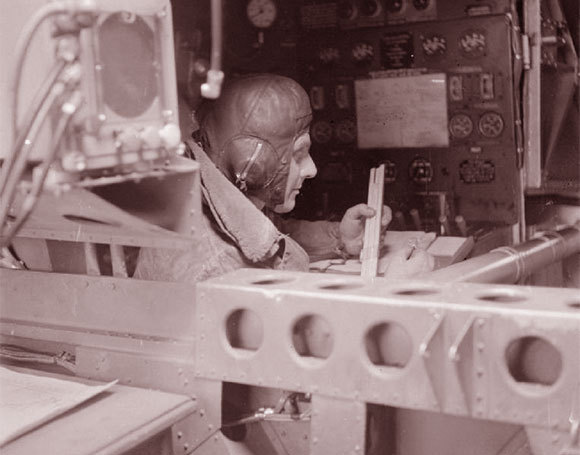 The slide rule was considered cutting edge technology for a long time, and remained relevant even with the invention of a variety of other mechanical calculation devices. However, the ruler had difficulties competing with the digital computer, and mainly its miniature version. A 1972 article lamented  the critical blow that made the rule obsolete overnight: “When an engineer or a scientist needs a quick answer to a problem that requires multiplication, division, or transcendental functions, he usually reaches for his ever-present slide rule. Before long, however, that faithful 'slip stick' may find itself retired. There's now an electronic pocket calculator that produces those answers more easily, more quickly, and much more accurately”. And so the computer did the unfathomable, concluding an important chapter in the history of science and the entire human race - an entire era that was based on a remarkably simple calculation device. 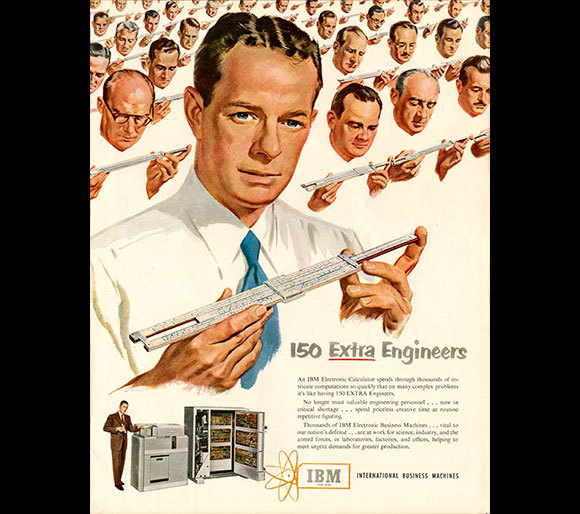 The end of the age of the slide rule: one computer can replace 150 engineers (with slide rules). A campaign by IBM advertising its computer in 1951 | Source: Wikipedia, Public Domain