The Complex Link
Between Depression
and Serotonin

Despite the provocative headlines, a recent review study that concluded the lack of consistent evidence to support the hypothesis that depression is caused by lowered serotonin levels, was only able to reinforce an old perception. The path from here to questioning the effectiveness of medicines used to treat the condition is long

An old hypothesis regarding depression, which was conceived in the 1960’s, linked the development of the condition to a deficiency in the neurotransmitter serotonin, in the brains of those suffering from depression. In a new review article, which summarized multiple studies from recent decades, the researchers came to a conclusion that contradicts this hypothesis, stating that there is no sufficient evidence for a link between lowered serotonin and depression. In practice, the researcher’s conclusion is not significantly different from the common perception among medical professionals that work in this field. The researchers also raised doubts regarding the benefits of the use of antidepressants. The potential consequences and the manner in which the subject was presented could inflict significant harm to patients in need of such medications.

Serotonin is a neurotransmitter that was discovered in 1948, when biochemist Morris M. Rapport isolated it from bovine blood serum and discovered that it caused blood vessels to constrict. Consequently, its name was formed from a combination of the words serum (the liquid fraction of clotted blood) and tonos (muscle tone). It was later found to affect other physiological functions, such as nutrient absorption in the stomach as well as regulation of blood sugar levels.

The effects of serotonin were also linked to a wide range of animal behaviors, including human behavior. Among other things, variations in the gene that encodes the serotonin receptors were previously linked to the development of a calm or an aggressive temperament in humans. While 90 percent of the serotonin in our body is produced by the digestive system, its presence is also very noticeable in the brain, where it is mainly produced in the brainstem, in a region called the raphe nuclei.

In the brain, serotonin plays a role in many of our emotional processes as well as in the processes of thinking and data analysis, although the extent of its involvement and its specific functions in these processes are not entirely clear. In the brain, serotonin functions as a neurotransmitter, that is, as part of a group of substances produced by neurons in order to communicate with neighboring neurons, through the space between them, which is called a synapse. The mechanism of secretion and sensing of neurotransmitters is complex and many laboratories around the world study the many factors that participate in its regulation.

Serotonin forms part of a group of substances called monoamines, which also includes the neurotransmitter dopamine and the hormone adrenaline. Serotonin is produced from the amino acid tryptophan, which is not produced in our body, and thus must be obtained from the food we intake. 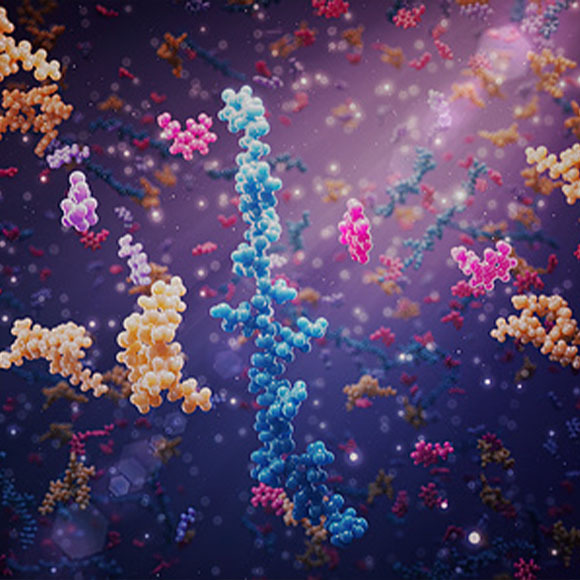 Following the discovery of the effects of serotonin on the brain, a hypothesis that was developed during the 1960’s attributed the appearance of depression to an imbalance in serotonin. The hypothesis was initially mainly based on the mechanism of action of antidepressant drugs.

As with many drugs that are used for mental disorders, the first antidepressant was discovered by accident. As part of an effort to develop a cure for tuberculosis, a molecule whose side effects included a marked improvement in mood was studied. It was later found that the drug inhibited the activity of the monoamine oxidase protein, which is necessary for the breakdown of molecules such as serotonin. An entire family of antidepressants called Monoamine Oxidase Inhibitors, or MAOI, stemmed from this discovery. However, due to their many possible side effects, doctors tend to use them as a last resort.

Later on, further evidence emerged, strengthening the serotonin hypothesis. For example, it was found that serotonin levels in the brains of people who committed suicide were lower than in the brains of people who died from natural causes. In another study, researchers demonstrated that when people who recovered from depression were put on a tryptophan-free diet - which, as formerly mentioned, is required for the production of serotonin - the depression reemerged.

As a result of such findings, an entire generation of antidepressants drugs designed to increase the effect of serotonin by inhibiting its resorption at the junctions between neurons, was developed. Such drugs, primarily Prozac, which was developed in 1974, are called SSRI. These are currently the most commonly used antidepressants, in part since they cause relatively few side effects.

Notwithstanding the supporting evidence, most medical professionals today reject the serotonin hypothesis in its original form. In fact, already from the very beginning there were very good reasons to doubt it. The effect of antidepressants on patients is slow and it often takes weeks before any improvement in a patient’s condition is noticeable. In contrast, the effect on the levels of available serotonin in the brain is much quicker. Thus, it follows that the effect of these drugs is not a direct result of the change in serotonin levels, but is likely related to a long-term physiological change to which the increase in serotonin levels may contribute.

Additionally, not all evidence necessarily supported the hypothesis and was in accordance with it. For example, a research that examined patients’  response to a lack of tryptophan, found no evidence for mood improvement in already healthy subjects. Today, the widespread hypothesis is that depression is a complex phenomenon that we still do not fully understand, and that serotonin is only one of a large number of system factors that may induce the onset of depression, if their function is sufficiently disrupted. 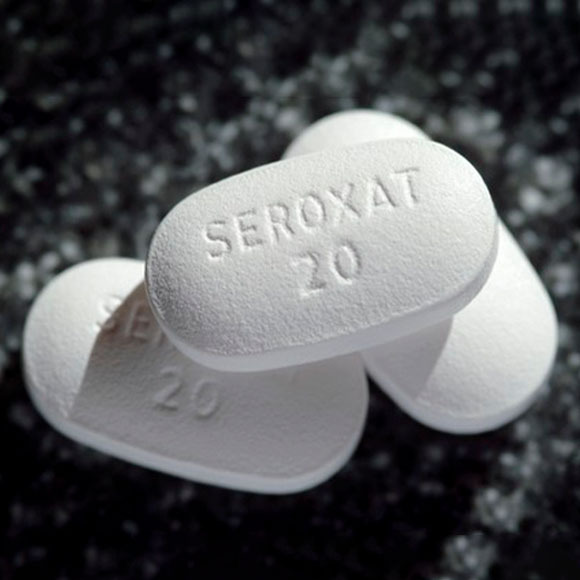 Improve quality of life in those who need them: antidepressants | Source: Saturn Stills / Science Photo Library

In a recently published article, researchers examined the findings that accumulated over the years in the scientific literature, regarding the link between serotonin and depression. Such research is termed an umbrella review, or a “review of reviews”. In such a study, researchers examine previously published systematic review articles (meta-analyses), that summarize the findings of multiple studies dealing with the same question, in order to obtain a wider and more general picture of the findings. In such articles it is naturally very important to carefully choose the studies to be analyzed and the choice will inevitably affect the final conclusion. It is possible that two separate reviews will choose to look at different studies to test the same question and may therefore reach opposite conclusions.

The researchers based their study on important strands of the serotonin hypothesis from past research studies, choosing to focus on research studies that tested serotonin levels in different body fluids (blood, plasma and cerebrospinal fluid), the levels of serotonin sensitive receptors, the levels of the protein that reduces serotonin concentration at the synapse, the presence of a certain gene related to the production of this protein and the influence of tryptophan deprivation on depression. Having selected the articles and having removed the ones that did not meet the defined criteria, for example, studies that were conducted in animals, the researchers reached a conclusion defined by them as “revolutionary”. They state that no compelling connection can be found between body serotonin levels or the factors that affect its activity, and the risk of suffering from depression.

Despite the obvious importance of the subject, the reactions to the conclusions of the study with respect to the serotonin hypothesis were very mild. Medical professionals were hardly surprised by the findings, since most already stopped adhering to the serotonin hypothesis long ago. For example, UCL Clinical Research Fellow Dr Michael Bloomfield stated: “Depression has lots of different symptoms and I don’t think I’ve met any serious scientists or psychiatrists who think that all causes of depression are caused by a simple chemical imbalance in serotonin” 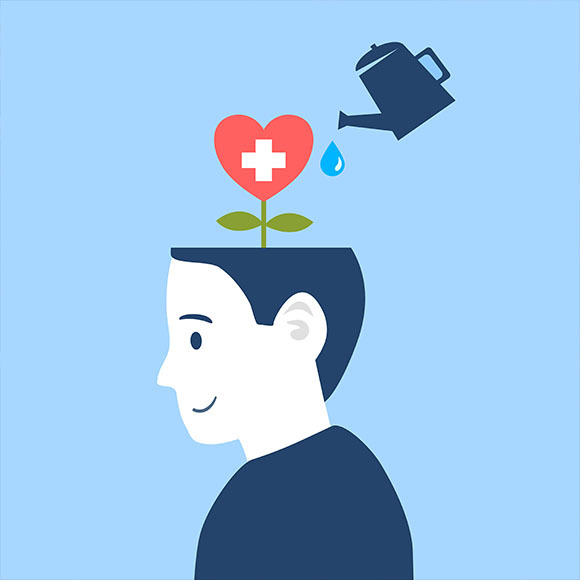 Although their mechanism of action is not fully understood, antidepressants are effective | Illustration: Blueastro, Shutterstock

Additionally, the findings are not sufficiently strong to completely rule out the hypothesis. There are many types of depression and the study treats all of them as a single condition. It is conceivable that in some types of depression, in certain people, brain serotonin levels do affect the depression, even if as part of a complex mechanism and not as a singular causative factor.

In addition, there are also cases of treatment-resistant depression, in which antidepressants do not improve the patients’ condition at all, and it is possible that the underlying mechanisms in these cases are unresponsive to increased brain serotonin levels. Moreover, some of the examined parameters, such as blood serotonin levels, may not be accurate enough and only reflect the technological limitations of past studies. Today we are able to measure serotonin levels with higher accuracy and it is possible that future studies may revive the hypothesis and reinforce it, despite the conclusions of the aforementioned recent review study.

The main problem that stems from the article is the question raised by the authors, who have been running a campaign against psychiatric drugs for years, regarding the use of antidepressants. In a recently published interview, one of the authors compared the effect of antidepressants to a placebo effect,  in which a treatment with no actual value still has beneficial effects on patients due to their expectation of improvement.

This comparison is simply incorrect. Although we do not fully understand the mechanism of action of antidepressant drugs, their efficacy is well established. The debate regarding the topic is important and we must be aware of the consequences of taking antidepressant drugs, but in extreme cases of depression, upon prescription by a professional doctor, they can greatly improve the quality of life of many people and even save lives.