The Astounding Physics
of Santa Claus

In order to distribute gifts to hundreds of millions of children, the least Santa and his reindeer would need is an active wormhole

According to popular belief in the Christian world, every year Santa Claus and the eight reindeer that pull his sleigh take off to the sky to distribute millions of toys all around the planet. They are required to complete this monumental task in one night, between Christmas Eve and the dawn of Christmas Day. At first glance, the skeptics among us may consider this mission impossible, if not a mere legend.

But the good children who longingly expect his visit know well that Santa always keeps his promises and completes his task to perfection. However, his difficult mission has always aroused great curiosity, even among physicists.

Santa Claus, naturally, is far from an ordinary person. It is likely that he is also a brilliant physicist. Many scientists have tried to explain his nearly impossible mission using rational tools that are based on the laws of physics, and not by relying on imagination alone. Can science truly explain how Santa, in his brilliance, completes this (nearly) impossible task? 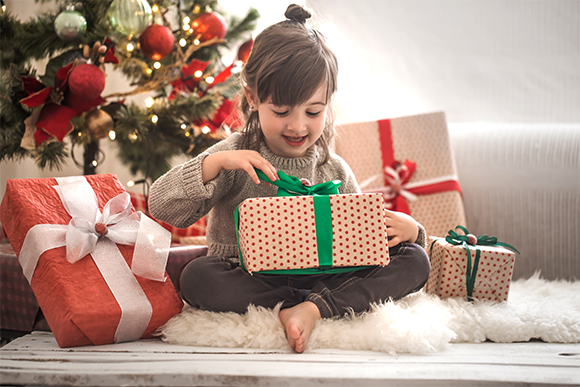 According to population data from December 2022, the world’s population counts 7.8 billion people, about 2 billion of which are children. If we assume that every child in the world receives at least one gift from Santa, since all of them were especially good this year, it means that Santa would have to visit about 600 million households, based on an average of 3.5 children per household.

Fortunately for Santa, his mission is limited only to the Christian world - which is a little under 2.2 billion people, so, according to the same ratio, he would have to visit “only” around 160 million households. At each house he has to park his sleigh, sneak inside, place the presents at their designated place, stop to eat the leftover Christmas cookies and finally sneak back to the sleigh outside and ride to the next house.

Santa has 32 hours to complete this grand mission. If we assume that he started exactly at the international date line and traveled west to optimize the passage between Earth’s 24 time zones, and that children sleep 8 hours a night, it means that in a single second he has to reach a little under 1,400 households.

According to this estimate, assuming Santa only moves from house to house (at an average distance of about 2 kilometers) without wasting any time on actually placing the gift, and doesn’t have to restock at the north pole, he would have to travel at a speed of 2,800 kilometers per second, or in other words, over 8,000 faster than the speed of sound in air, which is 343 meters per second. If you consider the weight of the gifts that he has to carry - hundreds of millions of kilograms, assuming that an average gift weighs around one kilogram - just imagine what that means!

At each visit to a child’s house, Santa and the toys he carries would have to go through many hardships in order to reach each house and come back. Santa Claus and his eight poor reindeer would face constant acceleration and deceleration that would crush their bones and internal organs, massive air resistance due to the immense weight of the gifts and the high speed, and a sleigh temperature that will rise to a level that is many times higher than the temperature of a spacecraft penetrating the atmosphere. Poor things! 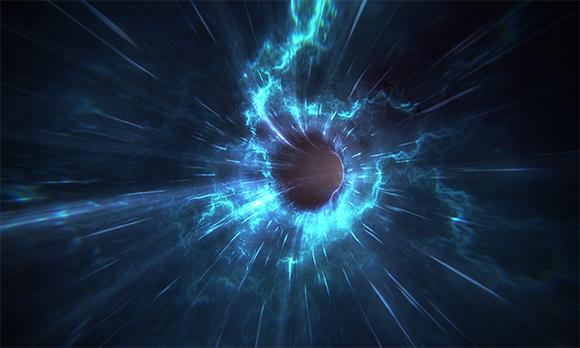 Since every year Santa is known to succeed at his mission and to distribute gifts to children, one can conclude that he manages to overcome all of these obstacles, and some others we have not mentioned, probably with the help of physics. In his book “The Physics of Christmas”,  Roger Highfield hypothesizes that Santa Claus overcomes the challenges and difficulties and reaches us in time with the help of Einstein-Rosen bridges, commonly known as “wormholes”.

In 1935, Albert Einstein and his fellow physicist Nathan Rosen inferred the existence of these bridges based on the general theory of relativity. Wormholes connect two points in space-time, that is, the four-dimensional continuum of reality that includes the three dimensions of space and the dimension of time, and could practically create a shortcut that will reduce travel time and also shorten the distance.

For simplicity, imagine that Rudolf - one of the reindeer pulling Santa’s sleigh, needs to go from point A to point B on a flat sheet of paper. Now imagine that we fold the two-dimensional paper using the depth dimension and bring the two points in close proximity to each other. This way Rudolf can instantly hop from one point to another and save himself a long and exhausting journey. Thus, if Santa is a highly skilled practical physicist, one can imagine that he found a way to fold space-time so as to complete his mission in one night, without leaving any child disappointed.

While science does not yet have any observational evidence for the existence of wormholes in reality, Santa’s amazing journey on Christmas Eve proves their existence again and again every year. After all, every child in the Christian world knows that despite the obstacles, Santa will come every year on the eve of December 25. We and the children of the world are waiting for you, Santa.