Science is largely based on consensus - when enough information accumulates to substantiate a theory, the theory becomes consensus and is considered true. But sometimes the consensus turns out to be more of a curse than a blessing

Current day scientific projects involve a great many people working together for a common cause - extending the boundaries of human knowledge. The scientists can be likened to construction workers who cooperate in the construction of a tall tower, with each in turn adding another brick to the structure. As knowledge in a particular field accumulates, the tower becomes stronger and steadier, and can be increasingly relied upon in the research of other fields and the making of new discoveries. When enough evidence accumulates to substantiate a theory, the theory is considered a scientific truth, and highly significant evidence would be required in order to challenge it.

The renowned scientist Isaac Newton phrased this concept well in a letter to his colleague and rival, Robert Hooke: “If I have seen further, it is by standing on the shoulders of Giants”. Scientific consensus is based on the works of many scientists, which combine to form a solid foundation to stand on in order to embark on further discoveries.

Thus, scientific consensus is an essential tool that enables science to advance and develop with no need for scientists to reinvent the wheel over and over again. However, at times it can turn from a blessing into a stumbling block that inhibits proper scientific progress: sometimes one brick in the tower threatens to crumble, but many floors have already been constructed above it, and if we remove it, there is a chance of the entire tower collapsing.

Such is the case when it turns out, for example, that canonical studies, on which much later science has relied upon, were incorrect or incomplete, and thus a huge question mark hovers over the entire body of knowledge that was built upon them. In other cases, a new discovery contradicts the knowledge accumulated in the field for many years, and thus it is received with great skepticism and important scientists reject it out of hand. There are also cases in which one error by an influential scientist is enough to skew the scientific consensus for many years. 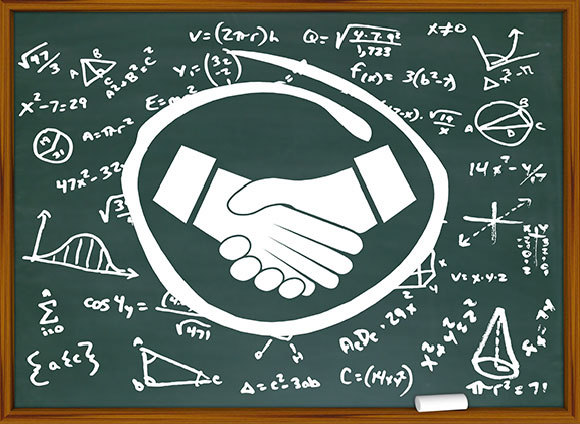 A widespread and encompassing acceptance turns a theory into consensus, but what is considered to be true today may turn out to be false tomorrow. Agreement by a handshake | iQoncept, Shutterstock

The Oil Drop Experiment is still considered a creative, smart and especially beautiful experiment, and Millikan was rightfully awarded for it the Nobel Prize in Physics, in 1923. Following Millikan’s first measurement, scientists found other ways to measure the charge of a single electron. But, lo and behold - while measurements performed shortly after Millikan’s experiment showed values which were very close to the original measurement, measurements that were performed 20 years later measured completely different values. In absolute terms, the difference between Millikan’s charge measurements and the currently known charge values is small, and stands at a mere 0.6 percent. However, the error margin of the measurement is much smaller, meaning that this is a substantial difference that should not appear in proper and objective measurements

But how can different measurements of the same physical quantity produce entirely different values? It later turned out that Millikan had made a calculation error in his experiment and, as a result, the charge that he attributed to single electrons was inaccurate. Due to his experiment being beautiful and convincing, the value it produced was immediately accepted as true. Physicists who performed the experiments that followed immediately after were afraid to publish results that contradict his findings, which were considered accurate and reliable. And thus it so happened that, instead of correcting the original mistake, new measurements that were made for many years were only slightly different than their predecessors, and stayed close to the original false figures. It took decades for the measurements to stabilize around the currently accepted value.

Millikan clearly made an honest mistake, and did nothing in order to skew future studies into backing up his findings. However, the scientific consensus that had formed around his method and his findings, unintentionally and passively blocked any questioning of the value that he defined as the electron’s electric charge. 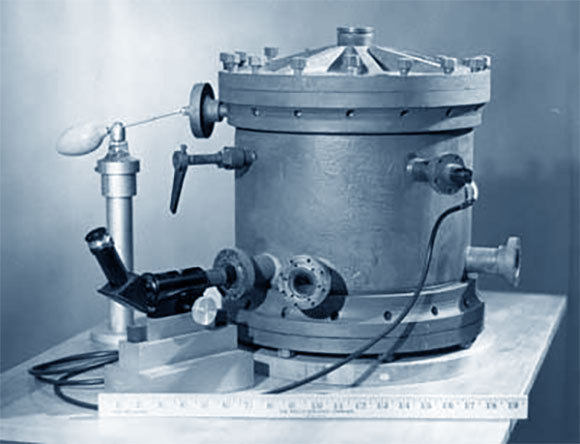 A clever and groundbreaking experiment, which turned out to have produced incorrect values due to a calculation error. It demonstrates the shortcomings of a consensus. Millikan’s oil drop experiment, 1909 | Source: Wikipedia, public domain

A Hard Barrier To Cross

In the case of the electron’s charge, scientists were mainly over-cautious, which deterred them from publishing findings that contradicted the scientific consensus. An equally harmful situation is what may happen to scientists who discover a new and unfamiliar phenomenon, but find themselves facing strong opposition, and even personal animosity, on the part of other scientists who fortify behind the current consensus. In such cases, the scientific community in the relevant field of research, or leading scientists within this community, use all of their weight to reject the new ideas that contradict what “everybody knows”, out of conservatism or zeal for their perceptions and ideas.

Particularly famous is the story of Israeli chemist Dan Shechtman, who was awarded the Nobel Prize in Chemistry in 2011 for discovering quasi-crystals, but only following many years of struggle with his peers. For many years it was known that solid materials can appear in the form of crystals, and it was clear to all that crystals are always materials whose arrangement in space is cyclic and uniform, similar to squares on a chessboard, but in three dimensions. The crystal’s structure remains the same in any region of the crystal under observation. However, in April 1982, during an experiment he conducted in the laboratory, Shechtman found something peculiar: the examined material crystalized in a manner that was not completely cyclical, so that different parts of the crystal presented a different pattern. He called these particles “quasicrystals”.

Shechtman soon realized that he had found a phenomenon that was unknown to science, but his attempts to publish his findings in scientific journals were confronted with strong resistance, bordering on hostility. At the front of the resistance was the renowned chemist Linus Pauling, a Nobel laureate in Peace and Chemistry. At the height of the confrontation he stated: “There are no quasicrystals, but there are quasi-scientists”. He also suggested that Shechtman should “go and read a book about crystals”, and urged Shechtman’s academic advisor to expel him from his research group. Several years passed until a sufficient number of scientists became curious enough with Sechtman’s claims that they attempted to observe quasicrystals themselves. As evidence accumulated a new consensus was formed, one which included Shechtman’s quasicrystals. 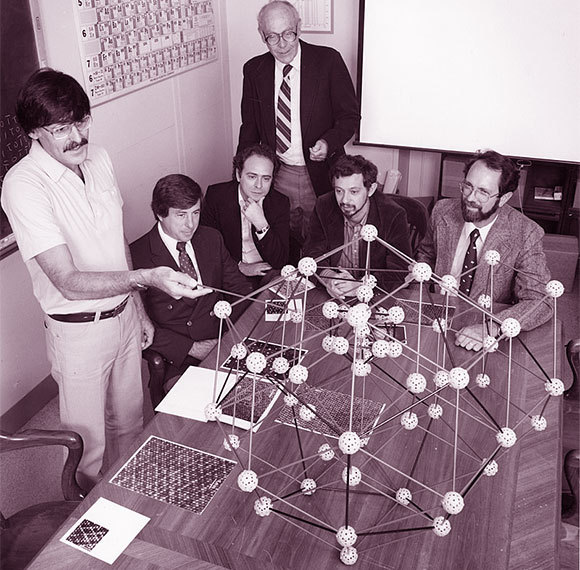 For many years he was an object of ridicule and condescension by the scientific community. Dan Shechtman (left) at the National Institute of Standards and Technology in the United States, 1985 | Source:  H. Mark Helfer, Science Photo Library

The history of science has plenty of other examples of groundbreaking scientists who had to fight with the scientific consensus, sometimes unsuccessfully. For example the Hungarian physician Ignaz Semmelweis, currently considered one of the founding fathers of epidemiology, became an object of ridicule at the hospital in which he worked, during the 19th century and prior to the discovery of bacteria, when his colleagues dismissed his claims that hands disinfection can prevent diseases. Another example is the continent migration theory, which was conceived by German scientist Alfred Luther Wegener, and was accepted by the scientific community only twenty years following his passing. 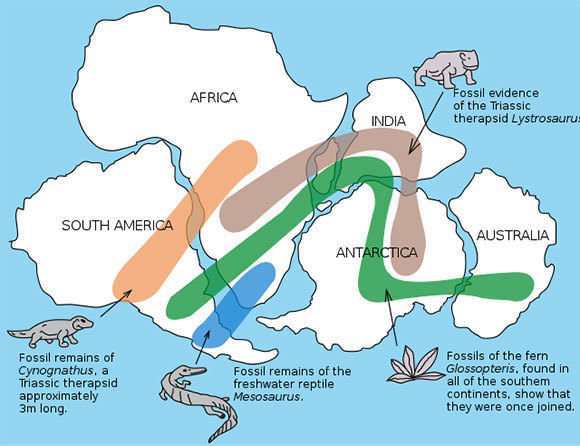 Alfred Luther Wegener’s Continental Drift theory was accepted by the scientific community only after his death. The continent of Gondwana, roughly 550 million years ago | Source:  Osvaldocangaspadilla, Wikiwand

Protect the Scientific Consensus From Itself

Scientific consensus is essential for our ability to advance human knowledge. Without it, we would not have a common foundation to build upon and each scientist would be required to start building the tower of knowledge in his or her field from the ground. Moreover, scientific consensus allows the scientific community to provide commonly accepted and evidence-based answers for public disputes regarding scientific questions - for example, in discussions regarding vaccines or the demand to devote resources in order to halt climate change.

And yet, excessive reliance on consensus could lead science in the wrong direction or delay its progress. There is no way of knowing which correct and innovative ideas were rejected by the scientific community due to sheer conservatism, and which groundbreaking ideas were thwarted since no one was brave enough to conceive them in the first place. Only time will tell whether the ideas we currently hold as true are in fact incorrect and remain part of the scientific paradigm due to reliance on a wrong consensus. While the vast majority of ideas that contradict scientific consensus are indeed false, these questions should be seens as warning signs against blind reliance upon “what everyone knows to be true”. 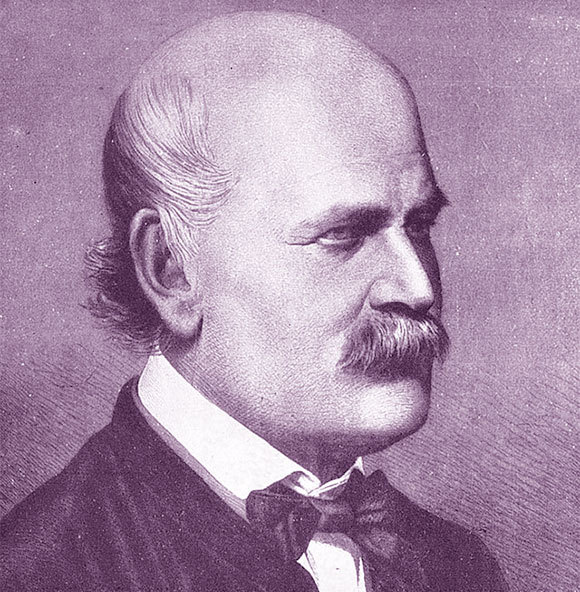 The fierce opposition, which his call for hygiene and disinfection raised among his contemporary physician colleagues, led him to a nervous breakdown and hospitalization in a mental asylum | Source: Jeno Doby, Wikiwand

The scientific method provides those who practice it with a set of tools aimed, among other things, at preventing such mistakes. One of the most important tools against uncritical acceptance of findings, as in the case of the Electron’s electric charge, is replication: independent reproduction of studies by independent scientists at different research facilities. The expectation is that good research will produce similar findings when replicated. The field of social psychology, for example, is currently experiencing a crisis, since it was found that many studies in the field - including long standing theories that were accepted as consensus - are neither completely nor partially reproducible. As a result of these findings an organized effort is now underway to re-examine the research methods that were used in research studies conducted in the field and to reproduce them .

Another measure that may help is the practice to publish all of the data on which a published research is based. In this manner one can be assured, with a high degree of confidence, that the debate regarding the credibility of a research and its findings will be based on real data and not merely on the opinion of scientists. Above all, each and every scientist needs a healthy amount of skepticism and modesty. Adherence to these attributes will protect them from becoming fortified behind their positions, or within the scientific consensus, in case that the observed scientific data indicate that the scientific truth is different from what was previously considered true.