Breast Cancer Detection -
How to be Vigilant?

On the occasion of Breast Cancer Awareness Month: What are the risk factors for the condition, when should and when shouldn’t one get examined and what should be done if a suspicious lump is discovered?

Breast cancer is the most common type of cancer in women. According to a report by the Centers for Disease Control and Prevention (CDC), more than one third of invasive cancer cases (in which a cancerous tumor that has spread beyond the group of cells where it originally formed) in women, in the USA as of 2018, were breast cancer cases, making this the most prevalent type of cancer. Due to the high incidence of the disease, early detection of breast cancer, at a stage when chances of recovery are still relatively good, is especially important. The disease also affects men, but at a much lower incidence, estimated at 1:100 compared to women. For this reason, we refer to women as the subjects of this article.

The one most important thing to understand, in terms of cancer prevention, is that it is impossible to know in advance who will develop breast cancer and who will remain healthy for the rest of their lives. No magical crystal ball, tasseography fortune telling, or balanced psychohistory equations can pinpoint which woman should or should not be treated immediately to prevent the development of a cancerous tumor in her breast.

However, we do have thousands of years of experience, two hundred years of scientific knowledge and decades of research studies that meet today’s scientific standards. These are accompanied by data acquired during continuous follow-ups of hundreds of thousands of women in decades-long cohort studies, as well as by the clinical experience of the medical staff caring for the patients. Drawing from this knowledge base, it is possible to derive guidelines that can aid in saving lives by detecting breast cancer at its earlier stages. 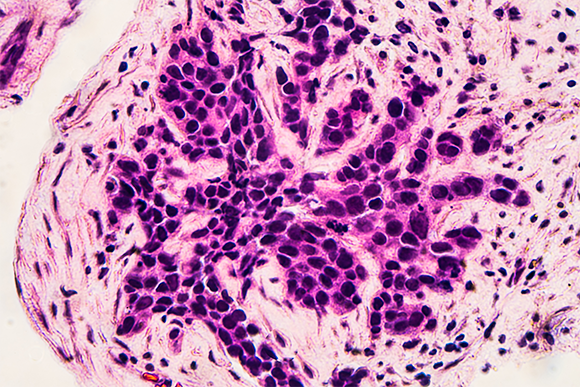 Alongside the ambition of early detection is a no less important goal, not to cause unnecessary harm to women whose risk of developing breast cancer is miniscule. Note that miniscule does not imply zero risk. There is no vaccine against breast cancer, but what we do have are ways of detecting and preventing the disease, and the choice of which one to use should be tailored to the level of risk of each and every woman for developing breast cancer.

Many times we hear the call to “Go for a checkup”, to perform a periodic mammogram for the detection of breast cancer. This appears to be a great approach – get tested and should you happen to have cancer, it will be thus detected early on - and good riddance. After all, every woman with breasts is at some risk of developing a malignant breast tumor.

However, it is important to remember that risks should be balanced. First, the risk of cancer increases with age. The likelihood of a young woman with no family history and no genetic predisposition for developing breast cancer, is very low. How low? Less than one hundred women out of every hundred thousand breast cancer patients are under the age of 30. This by no means implies any disregard to the lives of women who will develop cancer before the age of 30, nor does it insinuate that their condition is any less significant than that of older patients. It does mean however, that many completely healthy women have to undergo examination in order to detect the ones developing the disease. In addition, if performed, such a test should be able to provide results with a high degree of accuracy. From a population standpoint, the optimal test would be one that will be able to detect early-stage cancer growth as well as to discern a random, non-cancerous finding, from one that should raise a warning flag, such that in retrospect we will find out that the test has indeed saved lives. 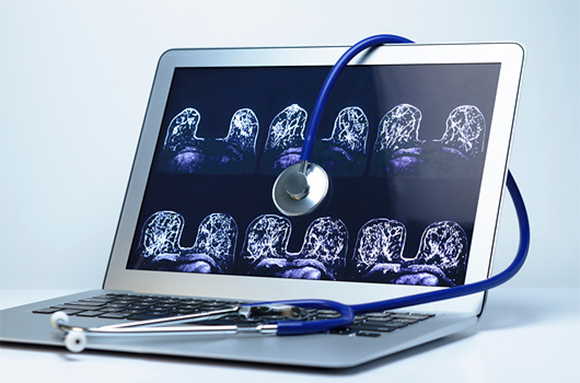 It is important to be familiar with the composition and shape of breast tissue at any age and to get examined in case concern exists. A stethoscope and an MRI image of a healthy breast. Photo: Turtle Rock Scientific / Science Source / Science Photo Library

Random findings are highly important. Examining all young women at a low risk could lead to a wave of detection of suspicious findings that do not necessarily indicate breast cancer. The result could be a “cascade of intervention” of ultrasound tests, biopsies and sometimes even surgeries, implying much unnecessary suffering, with little improvement in the chances of detecting breast cancer and saving lives. According to some studies, over half a million women have to be examined to detect about 4,000 with breast cancer, and the number of cases detected decreases the younger population examined.

The difficulty in detecting breast cancer at a young age is compounded by the fact that young women’s breast tissue is more dense than that of older women. Given this, a mammogram examination, which is an x-ray image of the breast, becomes more complicated and less effective, making it more difficult to detect small lumps that could potentially be cancerous. Most of what is detected at these young ages are benign growths which are not dangerous and which will usually not develop into cancer.

Analysis of the results of mammography examinations in young women who had a lump detected in their breast, revealed that the rate of positive prediction, meaning the rate of detecting true cancer out of all the growths found, was very low. In the majority of cases – over 99 percent – the lumps detected in the mammogram were benign and led only to unnecessary biopsies – an invasive and painful procedure in which a sample is taken from the suspicious tissue in order to undergo testing in a lab. Therefore, the current recommendation is not to examine all women for cancer detection but rather only specific groups among them.

Note that even though there is no general recommendation to routinely undergo mammography examinations, ultrasounds etc., this is by no means a reason to become complacent. It is recommended that all women know their breast structure and composition and request a medical examination in case the breast appears different than usual – swollen or sunken for example, or if there is new discharge from the nipple that is not pregnancy related, or any other sign of concern. 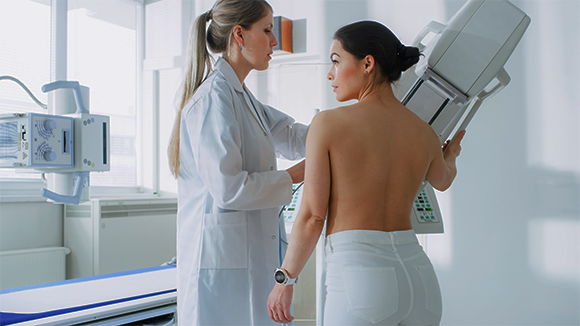 It is recommended that women over the age of 50 undergo examination once every two years. A mammography technician prepares a woman for examination | Photo: Gorodenkoff, Shutterstock

Who should undergo routine examinations?

According to the accepted breast cancer screening guidelines issued by the CDC, women over the age of 50 should undergo a mammogram once every two years. A mammogram at this age is more effective and can detect small lumps. Decades of follow-up research show that, at present, this is the most effective test that can be implemented at the population level to reduce breast cancer mortality. It is also recommended that younger women known to belong to risk groups undergo examination, at the recommendations of the attending physicians.

First and foremost, it is recommended that women with immediate family members who have been diagnosed with breast or ovarian cancer, seek out genetic counselling and receive personalized recommendations depending on the type of cancer diagnosed in their close relative as well as the relative’s age at diagnosis. The most famous genes in this context are BRCA1 and BRCA2, mutations in which predispose women to breast or ovarian cancer. However, mutations in many other genes, such as the tumor suppressor genes PTEN and PALB2, which normally cooperates with BRCA2, are also associated with breast cancer.

The mutation in BRCA1 made headlines a few years ago, after actress Angelina Jolie revealed she was carrying it. This exposure led to an increase in the number of women who underwent testing to see whether they were carriers of a BRCA mutation. It is recommended to consult a family doctor or seek genetic counselling and, in case of a positive result for the presence of a known breast-cancer predisposing mutation, it is important to obtain personalized recommendations according to the genes detected and the age of the patient.

Signs to look for in a breast self-examination:

Based on the recommendations by the Israeli Cancer Association as well as by the Centers for Disease control and Prevention.

What should I do if I find a lump in my breast?

As mentioned above, it is important to monitor any changes in condition of the breasts and be alert to the presence of suspicious lumps. However, even if you’ve identified such a lump, it is not necessarily a cause for panic. A lump in the breast, especially at a young age, can be due to many things other than cancer. It is important, however, to undergo a medical examination promptly. Your family physician is a good place to start, as they will be able to refer you to the adequate examinations as well as to follow-up with the results as they arrive.

After receiving a referral for an examination, it is very important to follow the orders of the attending medical staff, and it is particularly important not to avoid or postpone tests. True, a mammogram is quite an unpleasant procedure, but avoiding it will not make the suspicious lump go away but will only amplify any existing fears and anxieties. Remember that you are not alone, and that there are many resources available today to help and support.