Can Coal and Petroleum Form Today?

What are the differences between charcoal (also called wood coal), mineral coal, and petroleum; and why do coal and petroleum take such a long time to form?

Let’s have a close look at charcoal, mineral coal and petroleum, which have fueled our world for more than two hundred years.

The charcoal we burn in our barbecues is made of wood, using a process called pyrolysis. Wood, or wood chips, are subjected to very high temperatures, of up to 700-800 degrees Celsius, without the presence of oxygen. Since fire cannot exist without oxygen, the wood does not burn; instead, it undergoes thermal decomposition, a process in which causes most of the water contained within the wood to evaporate, along with a range of volatile organic compounds, leaving primarily carbon. The charcoal thus formed burns at much higher temperatures and with far less smoke than untreated wood, making it the preferred fuel for barbecues.

Humans began producing charcoal thousands, perhaps even tens of thousands, of years ago. Historically, the most common method was to build a large pile of wood, light it, and cover it with earth or clay. Later on, special stone ovens were built for this purpose, and, in more recent times, factories control the temperature and levels of oxygen and other gases very carefully in order to produce the best and cleanest possible charcoal.

Fossil fuels, such as mineral coal, petroleum, and natural gas, contain far more energy, but are also more difficult to extract, and their use began much later, during the industrial revolution. Ever since, human society has developed an ever-increasing dependence on those fuels. Mineral coal or petroleum are impossible to manufacture in factories—they are mined or extracted from natural deposits deep in the earth and are exploited until the source is exhausted, and at some point, none will remain. While their formation is ongoing, neither we nor our children will be able to benefit from them, because the formation processes typically extend over millions of years. 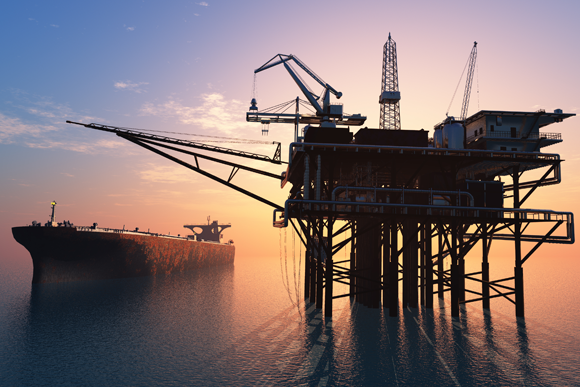 Mineral coal, or simply coal, is a mixture of heavy organic compounds with a complex structure. It contains high levels of carbon, along with small percentages of hydrogen, oxygen, nitrogen, and sulfur, and additional elements in some cases. When heated, these complex heavy organic compounds break down into hydrocarbons (compounds consisting of just carbon and hydrogen) and other simple organic molecules. Coal also contains inorganic compounds such as quartz, clay, and others.

Coal forms when swamp vegetation is buried in the soil in anaerobic conditions—that is, in the absence of oxygen. Bacteria and fungi in the soil initially break down the organic matter in the vegetation. Numerous factors affect this process, including the type of vegetation, the manner and depth in which it sinks into the soil, the duration of its degradation, the soil’s chemical conditions, the bacteria present in the soil, and more. In other words, vegetation breaks down slightly differently in different locations.

As the decomposing organic matter progressively sinks deeper into the earth, it is buried under mud, rocks, and fresh vegetation. It then undergoes petrification processes, which depend primarily on temperature, duration of the petrification, and pressure. The customary grading of the final coal “product” reflects the extent to which the organic matter decomposed and transformed: Brown coal is relatively soft, with remnants of identifiable vegetation, and produces comparatively little heat. Conversely, black, shiny, mineral coal contains very low levels of pollutants and yields high levels of energy.

Coal continues to form in swamps around the world today, but the changes it undergoes to become high-quality black coal take hundreds of millions of years, and even brown coal needs tens of millions of years to form. This means that the current rate of coal mining and use is significantly higher than the rate of its formation. 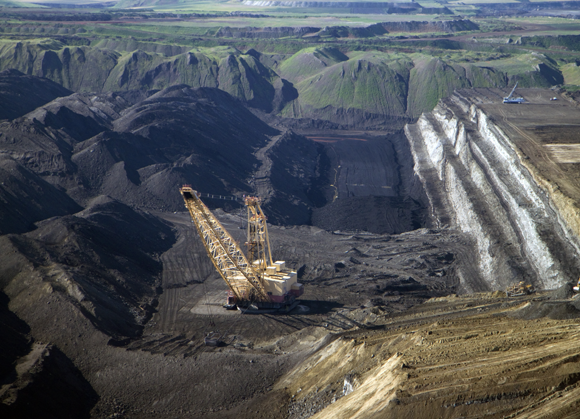 Petroleum is a complex, ever-changing mixture of liquid and solid hydrocarbons, natural gas, and various other materials. It is usually found in sedimentary rock, and, being liquid, it often travels far from where it was formed.

Like coal, petroleum (crude oil) is formed in an anaerobic process, which the buried and isolated organic material undergoes at high pressures and temperatures, of up to 150 degrees Celsius. Petroleum can also originate from coal of a specific composition, but its typical source is marine organisms—algae and others, whose biochemical structure gives rise to hydrocarbons with structures less complicated than those found in coal.

The oil formation process, starting with the marine organisms’ sinking to the ocean floor, through their accumulation and breakdown, can take thousands of years under ideal conditions, or millions of years in most cases. In the Gulf of Mexico, for example, oil is formed in active processes in almost ideal conditions for relatively rapid formation, but in other locations, the process goes on far longer. But again, our consumption rate is, of course, far higher than the formation rate of oil.

Thus, even though the formation of coal and oil is ongoing, these processes are far too slow for us to utilize them for energy production for the next few thousand years, if not more. Since 1913, considerable research has been devoted to the development of synthetic fuel production processes, with the hope of providing a solution to the forecasted lack of fossil fuels. The research has yielded, for example, a process converting brown coal to oil; the production and refining of inferior sources of fuel, such as tar sands; and the Fischer–Tropsch process, in which carbon monoxide and hydrogen gas, extracted from plants, coal, or natural gas, are converted into liquid fuel at high pressure and temperature conditions.

Some of these developments, such as the exploitation of tar sands, require a much higher investment of energy than what is needed for the extraction of coal and oil from natural deposits, and they are also a greater source of pollution. Currently, there are several large factories around the world producing synthetic fuels, mostly using the Fischer–Tropsch method. However, those fuels have yet to enter widespread use, primarily because of economic viability. Nevertheless, the economic conditions are expected to change with the exhaustion of natural deposits.