As Straight as a Crooked Ruler

Thirsty ravens disrupted the identification of gravitational waves; cotton swabs pointed to an imaginary serial killer; background noise gained its discoverers the Nobel Prize; and measurement units that destroyed a probe: A review of measurement errors that made history

Sometimes things go awry, and a fascinating discovery is discarded when found to be based on incorrect data or a mistaken interpretation of observations. But there is that rare occasion when what was initially considered a measurement error surprisingly emerges as a paradigm-shifting truth. The science of measurements errors is rife with mistaken measurements, unexpected disturbances, and umpteen surprises.

When Albert Einstein published the theory of general relativity in 1916, the scientific world lacked the means to prove its predictions, which included the existence of gravitational waves –ripples in the fabric of space-time, generated by accelerated large masses. Sensors capable of measuring the tiny gravitational shifts created by violent cosmic cataclysms in the early universe, which could prove the theory, would not become available for decades. Scientists needed not only sensors that were sensitive enough to pick up the nearly-impossible-to-detect signals, but also a way to neutralize the ceaseless background noise on Earth, which masks gravitational waves.

The Laser Interferometer Gravitational-wave Observatory, or LIGO, was built in order to solve this problem. With a whopping cost in the hundreds of millions of dollars, LIGO is comprised of two enormous laser interferometers located thousands of miles apart – one in Hanford, Washington State, and the other in Livingston, Louisiana. The interferometers, each with two 4-km-long arms together comprising an L shape, measure minute changes in the optical path of a laser beam that passes hundreds of times between mirrors along the two arms. A passing gravitational wave will slightly stretch one arm as it shortens the other, affecting the laser beam’s path by 1/10,000th of the width of a proton – thus causing a tiny time gap between the time it takes the laser beams to travel along each arm, and resulting in a flicker of light emerging from the interferometer. 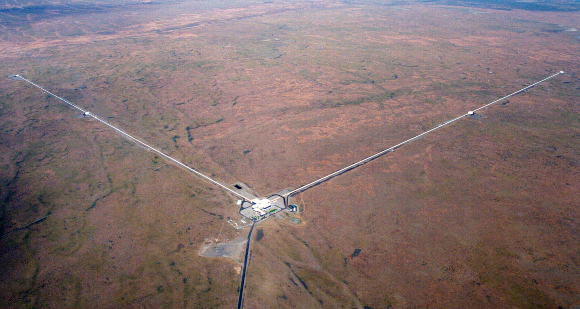 This measurement is highly sensitive to disturbances. In July 2017, physicist Beverly Berger noticed a series of mysterious background noises, detected in Washington but not in Louisiana. Showing up in the data as short staccato bursts of weak taps, these were clearly not gravitational waves. Was this a new scientific discovery in the making? If not, how could the disturbance be neutralized?

One of the microphones placed in the field around the Hanford facility by the noise-reduction team led Berger to an ice-covered pipe with strange markings on it, looking suspiciously like peck marks made by the beak of a large bird. An investigation pointed out the perpetrators: Thirsty desert-dwelling ravens quenched their thirst by tapping the ice coating the frozen pipe – disrupting the data collected by the expensive detectors. Insulating the pipes prevented water from freezing on them and solved the problem, and the ravens stopped bothering the scientists.

The LIGO team made the first direct observation of the ripples in space-time on September 14, 2015, detecting a gravitational wave generated 1.3 billion years ago by the collision of two black holes. Since then, LIGO has identified several other gravitational waves, and in 2017, scientists Rainer Weiss, Barry Barish, and Kip Thorne received the Nobel Prize in Physics for their central contributions to the development of the LIGO detector and observation of gravitational waves. 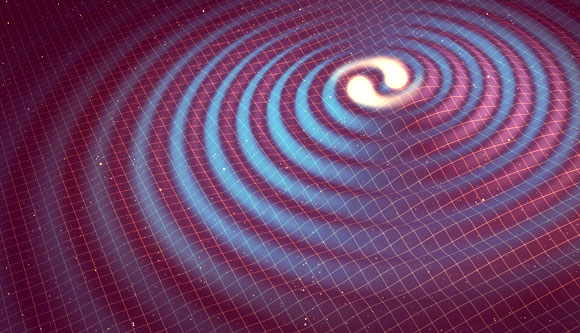 The serial killer that never was

The compiled evidence was overwhelming: DNA samples collected from crime scenes in cities across central Europe linked a serial killer to a broad range of crimes. No pattern could be identified in the heinous acts, but the findings clearly implicated one woman in scores of crimes over two years in Germany, including the 2007 homicide of a police officer in the city of Heilbronn in an incident involving neo-Nazis, as well as five other murders; but also simple thefts, robberies, and a break-in into a school.

The German police offered a prize of 300,000 Euros to whoever would turn in the brutal killer, nicknamed by the media ‘the Phantom of Heilbronn.’ Investigators were baffled, and it was reported that the police had even consulted diviners and fortune tellers. But it was all to no avail – conflicting evidence from crime scenes kept coming in, and some witness accounts said the perpetrator appeared to be masculine.

It took almost two years to solve the case and reveal the identity of the Phantom of Heilbronn – although it was no murderous criminal. On March 26, 2009, following an extended investigation, the German police admitted that the cotton swabs they were using to collect DNA samples from crime scenes may have all been contaminated by the same employee of the Austrian cotton swab manufacturer. The innocent factory worker had touched the swabs with her bare hands, leaving traces of her own DNA on them. The swabs had been sterilized in the factory; however, the sterilization process removes bacteria, viruses, and fungi – but not DNA.

With thousands of police hours dedicated to chasing a ghost, the affair rekindled the debate over the reliability of DNA testing in forensics and its use as primary damning evidence. However, an extensive investigation conducted in Stuttgart did not find any trace of further contamination of swabs or other genetic samples. The Heilbronn police officer’s killer was never found. The officer’s firearm was located several years later in the hands of German radical right-wing activists. 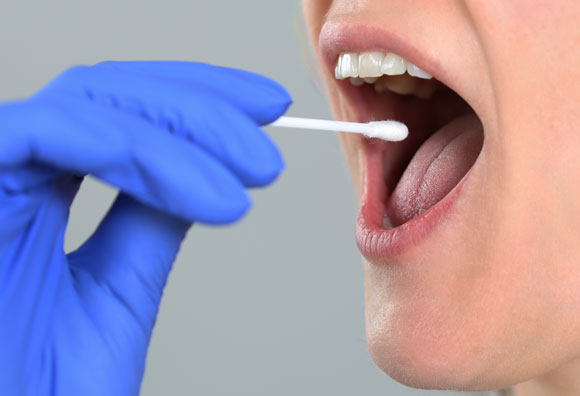 The Phantom of the Factory: A glove-less employee. A cotton swab used for DNA sampling. Photography: Shutterstock.

The noise that changed the picture of the Universe

In 1964, Arno Penzias and Robert Wilson, radio astronomers at the Bell Labs in New Jersey, had a problem. The pair wanted to use the company’s radio telescope to analyze radio signals from the spaces between galaxies. To be able to do so, they first needed to eliminate all possible sources of interference. But the telescope was picking up an unexplained “noise” of microwaves at low intensity from an unknown source, which was disrupting its astronomic observations.

They thoroughly checked every possible source for the sound, from radio transmissions from New York, to pigeons nesting in the antenna’s delicate heart. In fact, Penzias and Wilson captured the pigeons and carefully cleaned out the accumulated droppings, with the hope of terminating the background noises and enabling credible observations of space.

Despite all of their efforts, the noise persisted. Additional investigations showed that no matter where they pointed the telescope, the sounds were at the same intensity. After exhausting all other possible explanations, there was only one left: These microwaves were a real phenomenon, which necessitated a scientific explanation. Working with physicist and astronomer Robert Dicke, they concluded that the waves were relics from the Universe’s explosive moment of birth.

The discovery of cosmic microwave background (CMB) radiation was the first physical substantiation of the Big Bang theory, according to which the entire Universe originated in a single point. This discovery earned Penzias and Wilson the 1978 Nobel Prize in Physics. James Peebles, one of the leading theoreticians in the field of background radiation, was named a recipient of the 2019 Prize. 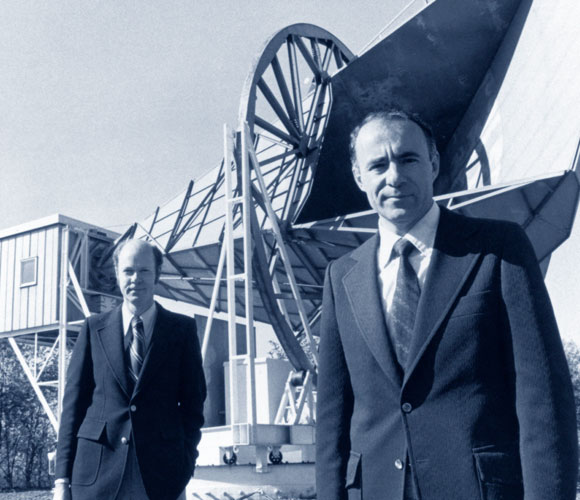 Proving that not all noise is a problem, and pigeons are not always the culprits. Wilson (left) and Penzias, standing in front of the antenna with which they discovered CMB. Source: Science Photo Library

Mistakes can also arise from measurement units. This is what NASA discovered in 1999, when a multi-million dollar robotic space probe lost control and disappeared because of… a discrepancy in units.

The Mars Climate Orbiter was launched on December 11, 1998 to study the Martian climate and atmosphere and to serve as a communications relay for the Mars Polar Lander, planned to land on the planet’s southern pole. Following a nine-month journey from Earth, on September 23, 1999, the Orbiter began its descent onto Mars, but encountered the planet at a lower-than-anticipated altitude and disappeared. It was probably burned in Mars’ thin atmosphere and disintegrated, or re-entered heliocentric space after leaving the Martian atmosphere. Either way, the mission failed.

The ensuing investigation highlighted an embarrassing mistake as the cause of the failure: Navigational commands fed to the shuttle’s computers from a component supplied by the company that built it, Lockheed Martin, were in English measurement units (pound-seconds), while the computer itself used metric system (Newton-seconds) in its calculations. The error led the computer to incorrectly utilize the shuttle’s engines, placing it on a trajectory that brought it too close to the planet.

In retrospect, it turned out that at least two NASA engineers identified errors in the shuttle’s route prior to its launch, but their concerns had been dismissed. Most of the Orbiter’s tasks were eventually completed by another shuttle, launched in 2005: The Mars Reconnaissance Orbiter, which continues to transmit data today.

Calculation and measurement errors have been around ever since humans started studying the world methodologically. Christopher Columbus believed he had reached India because he had incorrectly estimated the Earth to be smaller in circumference, and it took more than a decade before his successors realized that they had landed in an unknown continent, today called the Americas.

Over the course of history, errors have been the source of a wide array of strange results. Neutrino particles in the OPERA experiment were thought to travel faster than light because of a loose fiber optic cable that had introduced a delay in the timing system; smoke from a (bad) cigar enabled the discovery of the electron spin in the famous Stern–Gerlach experiment; and there are many other such examples. The scientific method usually succeeds to filter out these errors, or at least to correct them, but it is not immune to problems and human weakness. Still, mistakes are also a source of learning, improvement of measurement tools, and a constant reminder for the importance of maintaining a healthy skepticism.