The Summer Olympic Games are an event of colossal scale. Representatives from (almost) all the world’s countries compete for honor, achievements and medals in dozens of sports, in an event in which huge sums are invested and one that is broadcast to billions of viewers all over the globe. Technology must meet the incredible challenges posed by an event of this magnitude.

During the previous Summer Olympic Games hosted by Japan, the Tokyo 1964 Olympics, many athletic records were broken, but the technological heights were no less stunning. For the first time in history, live television was broadcast overseas, from the far end of Asia to the remotest places in America, Europe and Australia. This was made possible thanks to the first geostationary communications satellite, a satellite that rotates around the Earth at the rotational speed of the Earth itself, so that in practice it remains above a fixed geographical point and allows continuous communication with ground broadcasting stations. Up until then, the Games recordings had to be physically transported by terrestrial vehicles and airplanes to reach their destination, and by the time they reached the viewers, those would already know who won the competitions. Satellite broadcasts captivated viewers to the television screens and allowed them to watch records being broken in real-time. 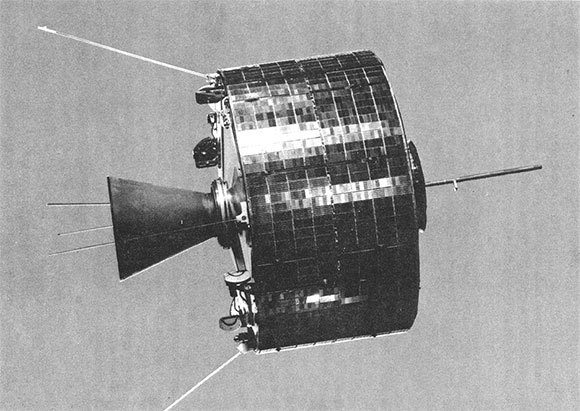 The broadcasts of the 1964 Olympic games reached television screens with no delay. A modern experimental communications satellite, from the Syncom satellite series | Photo: NASA, public domain

Prior to the beginning of the 1964 Games, the Japanese even completed the construction of the famous “bullet train” (Tōkaidō Shinkansen), considered to be the first and fastest commercial train in the world. It crossed the 200-kilometer-per-hour mark with the help of electric motors, and connected the major cities of Japan with state-of-the-art high-speed railway lines, ensuring minimal friction. In addition to these innovations, there were also color TV broadcasts, advanced photo-finish technology, to determine the winners in tight races, automatic stopwatches and a massive infrastructure upgrade. The legacy of the Olympic Games positioned Japan as a peace-loving nation and as a technological world power, reborn after the defeat it had suffered 19 years earlier during the second world war.

Now, the Japanese are eager to astonish the world once again, and to show us how futuristic technology can help save the world’s future.

A cloud of broadcasts

The “technological miracle” of 1964 was only good for about 30 hours of live television broadcasts. Today, in 2021, we can watch more than 9,000 hours of content, some of which is innovative, and all of which is produced in 4K HDR technology. This is an increase of nearly one-third in the volume of photographed content relative to the Rio 2016 Olympic Games. The managers promised however, that the carbon footprint of the broadcasting setup - the amount of carbon dioxide - a greenhouse gas, to be emitted into the atmosphere while supplying the required energy for the broadcasts, is actually expected to be lower by nearly 30 percent. All of this is taking place under the complex constraints imposed by the COVID-19 pandemic. Quoting the Chief Executive of the Olympic Broadcasting Services (OBS), Yiannis Exarchos, “It has been possible through massive adoption on the side of OBS of IP technologies, and I would say especially by the massive adoption of cloud services”.

The Olympic broadcasting services use a cloud-based platform that enables broadcasting networks from around the world to receive real-time content, and even to process and produce it remotely, using numerous efficient data centers. This step should reduce the activity of the international broadcasting center in Tokyo, relative to the broadcasting center of the Rio 2016 Games by close to a quarter, as well as to reduce the number of broadcasters and technicians. According to Exarchos, “To be shipping servers and setting up equipment in a city for things that can happen on the cloud is one of the things we want to avoid”.

Similarly to cloud-based video services, such as Netflix, the massive content produced during the Olympics is available for on-demand viewing, on multiple digital platforms. Thus any viewer and any broadcasting body can create their own sports viewing package suited to their interests or broadcasting needs, all in real-time. 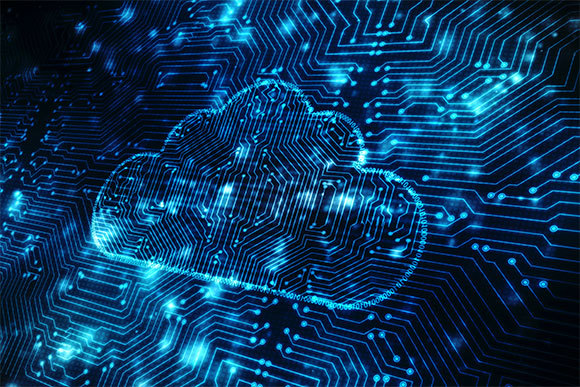 More available content, and less damage to the environment from the broadcasts, thanks to the use of cloud technology | Illustration: Blackboard, Shutterstock

Reflecting a reality beyond imagination

In addition to the advancements in broadcasting methods, filming has also become more sophisticated, and includes a wide variety of new technologies. Virtual reality photography in 360-degrees documents what is happening in all directions, and a computer combines the video sections, similar to the way panoramic photography works. This allows viewers to choose which direction to look and to feel as if they actually are in the same strategic point where the camera was placed. Virtual reality photography has become more sophisticated  in the last few years, and this year an increase in its extent and quality is clearly noticeable. These videos can be viewed on smartphones, using dedicated adaptors, or using specialized glasses and screens.

Advanced calculations are also integrated into other types of photography. Artificial intelligence and four moving cameras analyze the complex movements of the athletes and enable the viewers, the coaching teams and the athletes themselves, to gain new insights into what is happening, already during replay. The technology is similar to developments that have been utilized in recent years in some ball game courts, and is also expected to be used for the follow-up of the short-distance sprint races at the athletics stadium.

However, even this technology is not enough for the judges of gymnastics competitions. Not only do they need to be careful not to lose their orientation while they track the fast and complex movement of the gymnasts, but they are also simultaneously required to meticulously follow multiple parameters, remember the series of elements and manoeuvres and to rank the athletes performance in real-time. 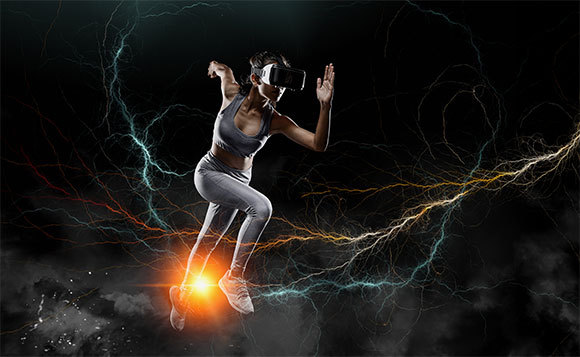 Although experimental developments tested in the last few years achieved a satisfying degree of accuracy tracking these movements using stickers and sensors attached to the gymnasts’ bodies, they interfered with the athletes’ performance. To this end, a three-dimensional laser system was developed, which analyzes at every single second the location of about two million points on the athlete’s body. Thus, artificial intelligence provides accurate analysis of the exercise and thus allows for more accurate judgment and upgraded training techniques.

Artificial intelligence has even penetrated the experience of cheering, even though due to the COVID-19 pandemic audiences have been banned from the Olympic Games this year. With the help of artificial intelligence, the official beat of the Olympic games in Tokyo was created. It is based on more than one thousand sounds representing elements of sport, nature, everyday life in Japan and the local culture.

In addition, the organizers of the Olympic Games have created a complete visualization of the stadiums and other sports facilities, to allow athletes, broadcast producers and spectators to better prepare for the Games and get acquainted with the tangle of corridors. The fifth generation cellular network (5G) will broadcast spectacular holograms of what is happening at the sports activity sites. Some sports broadcasts are done at a resolution level of 8K, which sometimes exceeds the resolution capabilities of the human eye.

The fifth generation network also allows Japan to emphasize one of the fields in which it leads the global technology – robotics. The robots developed for the Olympic Games were designed to ease the organization of the massive sporting event and to save on manpower. Some of them, for example, will help retrieve the hammers and javelins thrown at the athletics stadium. Others were designed for entertainment purposes, such as to allow viewers from around the world to feel as if they are present in the stadiums themselves and chat with the athletes.

The robots are added to other means of remote cheering, such as screening cheerleading videos in stadiums and creating a global cheering map. In addition, robotic attendants were developed, although their services turned out not to be needed eventually, due to the decision to hold the Games in the absence of live audiences. These robots can provide information, serve food, escort spectators to their seats, and even assist those in wheelchairs with mobility issues.

And finally, there is also a robotic development that has so far been considered as science fiction: an exoskeleton suit deepens the connection between man and machine and helps the Japanese porters lift heavy loads and even assemble the weights for weight-lifting contestants.

The leader of the Robot Project for the Olympic games, Hirukawa Hirohisa, described his robotic vision: “I’d like to show people that robots are genuinely helpful. It’s not just about people having fun watching robot demonstrations. My hope is that people will say someday in the future, ‘The robots we saw at the Olympic and Paralympic Games are now everywhere in our lives’”.

The array of autonomous electrical cars connects the sports facilities and services those in the Olympic village. Olympic Games workers move from one place to another using about 500 electrical cars powered by hydrogen fuel cells, which generate electricity without emitting greenhouse gasses such as carbon dioxide, or other prominent pollutants.

The Japanese even took advantage of the media coverage of the games to introduce to the world a new magnetic levitation train (Maglev), which has broken all land speed records, although it will not be commercial until six years from now. The train reduces friction with the tracks and ground with the help of magnetic levitation technology using superconductors, and can reach a speed of about 600 km/h.

All these facilities and devices are connected by the Internet of Things, based on fifth-generation communications, along with sensors and advanced data analysis systems. The system was also designed to be integrated into the security setup of the sporting compounds, along with smart cameras and face recognition software to identify the faces of some 300,000 crew and team members from the athletes’ delegations. All that’s left for us spectators, is to enjoy the Olympic Games and their innovative advances, and to wonder what the “smart Olympic Games” teach us about the world of the future.