On Taxonomy & Classification -
A Lion is Not
a Type of Cat

Why? Because lions are a species within the Felidae family. How do we, in fact, classify and catalog all living things, as well as those that are not exactly living, such as viruses?

When we say that a lion is a type of cat, this may be correct in English but it is biologically wrong, since in biology - the lion (Panthera leo) is a species of predatory mammals of the genus Panthera wihtin the Felidae family. The English words 'family' and 'type' also hold other meanings and are sometimes used in a scientific context and at other times not. Yes, it is confusing. So let’s put things in order.

In the year 1735, the Swedish scientist Carl Linnaeus published his book “Systema Naturæ”, in which he described the method he had devised to sort and catalog all living organisms. The method was called Taxonomy (from the greek word taxis, meaning ‘order’ or ‘arrangement’, and nomos meaning ‘law’ or ‘science’) and its purpose was to give names of a uniform structure to all living beings, thus creating a single scientific language that would allow researchers and nature enthusiasts around the world to communicate with each other in similar terms, knowing that they are referring to the same organism.

Let us take for example the aforementioned large African predator, its males have a large brown mane, and it is known by the English word ‘Lion’. According to the rules of taxonomy the name of this animal is Panthera leo - an organism of the genus Panthera and of the species leo. Other animals of this genus include the leopard (Panthera pardus) and the tiger (Panthera tigris). In cases in which an organism does not quite fit within a certain taxon, mid-, sub- or super- levels, can be added. In this manner we can have subspecies - different groups of the same species that have significant genetic or behavioral differences. Subspecies could represent a transitory state in the differentiation process into different species, however, according to biological definitions they still belong to the same species.

This uniform classification method, which is based on similarities and differences between organisms, brought order to the animal and plant world and greatly helped scientists to view the natural world in an as complete and organized a picture as possible. The taxonomical classification method is used in science to this day and its development paved the way for the development of important scientific theories such as evolution and genetics. Although Linnaeus knew nothing about evolution or genetics, currently we catalog organisms according to their evolutionary lineage, using the same method of Linnaeus, and the Linnaean Taxonomic Hierarchy corresponds to the arrangements of branches on the evolutionary tree. 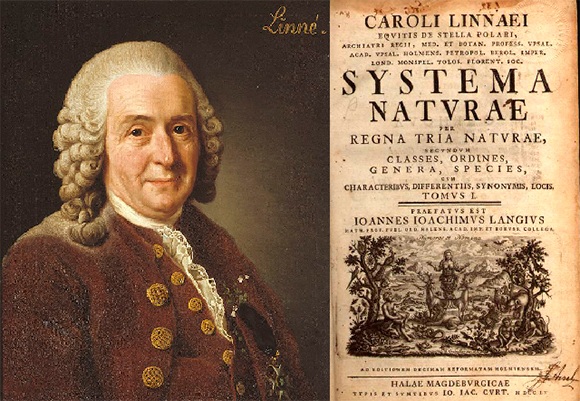 Carl Linnaeus developed a method for sorting and categorizing all living organisms. Linnaeus, next to the first page of his book “Systema Naturæ” | Wikipedia, Kryp, AndreCostaWMSE-bot

We Are a Rare Breed

However, as with everything in biology, things cannot simply be that uncomplicated. The biological definition of a species is: “a group of organisms that can reproduce naturally with one another and create fertile offspring”, but evolution is a continuous process and therefore, it is not as if one morning a new species is suddenly formed. Small changes, that may not be enough to define a new species, gradually occur, but it is quite clear that this is already something different. Moreover, there are times when species that we define as separate, can and do produce fertile offspring, which are hybrids.

After all, taxonomy is a classification system established by humans, and it is thus based on human observations and on rules set by them. These rules are not arbitrary and therefore, the system classifies the animal world quite well, with the similarities and differences between living organisms reflected in the distinction between defferent species in a relatively clear manner - indeed a cat cannot produce offspring with a flea. However, not all living organisms play by these rules. Bacteria, for example, afe able to transfer genetic material between individuals of completely different species, in a process termed lateral gene transfer.

Moreover, human intervention by selective breeding of organisms raised the need to name the new organisms they have created, which do not exactly fall into the category of a new species. The highly diverse word ‘strain’ came thus into usage. The word ‘strain’ has several meanings in English, all of which refer to a classification level found below the term ‘species’ in different biological fields.

In microbiology, a strain is a certain genetic version of a microorganism - bacteria, fungi or virus. For example, a common bacteria of the genus Escherichia, the Escherichia coli (or E. coli) is a harmless bacteria found in the gastrointestinal system of many animals, including humans, which forms part of the system’s normal function. However, some strains of E. coli are pathogenic and can cause diseases. Different microorganism strains are formed by mutations - specific changes in the organism’s genetic code, with certain species of microorganisms having numerous strains.

When discussing plants, the word ‘strain’ is substituted with the word ‘variety’, referring to plants of the same species that have different appearance - for example, a variety of purple lupines versus a variety of white lupines. Finally, when referring to plants that have undergone breeding and selection crosses, ‘strain’ is substituted by ‘cultivars’. In this case the definition also has financial significance and a legal status, allowing its developer to own the respective intellectual property rights. 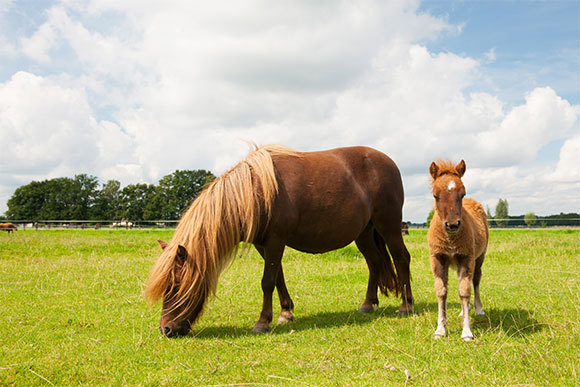 When referring to domesticated animals, the word ‘strain’ is substituted with the word ‘breed’. Mare and foal of the Shetland pony breed, which is a subspecies of the wild horse |  Shutterstock, Ivonne Wierink

An Animal That Starts With a V

Sorting organisms is a tricky business. What do you do with viruses, which are not considered living organisms, in spite of carrying genetic material?

A virus is defined as an infectious agent, a microscopic parasite that depends on its host for reproduciton. Viruses are composed of a collection of biological molecules that include genetic material and proteins. The virus is inactive as long as it is found outside a living cell. In order to reproduce it must first penetrate a host cell and take over its systems.

Viruses do not play by the biological rules of the animal kingdom, and thus their taxonomic classification remains controversial among scientists. However, the International Committee on Taxonomy of Viruses (ICTV) has developed a sorting system that attempts to adhere to classical taxonomy in classification of viruses into orders, families, genera and species. Thus, the SARS-CoV-2 virus(Severe acute respiratory syndrome coronavirus 2), which causes COVID-19, is a species of the genus Betacoronavirus of the Coronaviridae family of the Nidovirales order.

In viruses, certain changes that remain below the species level, are possible, and here too, strains are formed by mutations in the genetic material, with the term ‘variants’ being used when referring to viruses. These changes can either impair the virus’s function, improve it, or have no functional effect whatsoever. In the case of the coronavirus SARS-CoV-2, we are likely to hear of a new variant in case it is more violent or more contagious than its predecessors, such as the virus’s Delta variant, which is contagious enough to infect vaccinated people, who were largely resistant to the previous variants, and even more so with the latest Omicron variant. 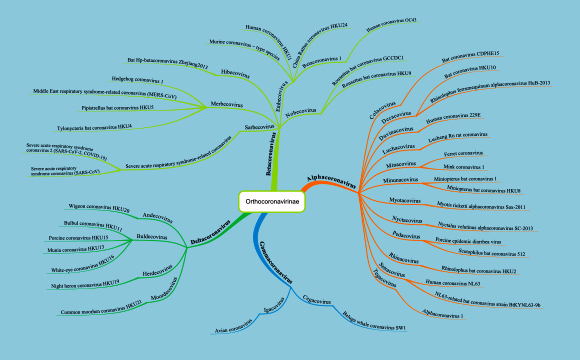 In viruses, changes below the species level are possible, and here too strains, or variants, are formed. The taxonomy and the evolutionary lineages of the new coronavirus. In turquoise, at the bottom left, the infamous Delta variant which just recently dominated the course of the pandemic | Shutterstock, Zita

Plenty of Species in the Sea

In the first edition of his book, Linnaeus defined several thousand plants and animal species - a very considerable achievement at the time, but today we know that it was merely a drop in the vast ocean of the biological diversity of our world. In his time, fungi were still considered plants rather than an independent kingdom, and when asked about bacteria - which had just been discovered shortly beforehand - Linnaeus contemptuously replied that they were too small and therefore unworthy of attention. According to several estimates, humans have thus far defined less than 20% of the different living organisms on Earth, which, according to some one estimates, amount to around 9 million different organisms.

As humans, our desire to classify and catalog the nature that surrounds us is undoubtedly important, it has greatly promoted our knowledge and understanding. It is however, no less important to remember that the sorting rules should fit the biological reality and not the other way around, and that the human need for clearcut definitions does not always match the creativity and complexity of evolution.