A new research confirms: although not a substitute for professional help, physical activity is an efficient method for coping with anxiety

How many times did you plan to go out for a workout but didn’t feel like getting off the couch? New research shows that it is worth the effort. A study found that moderate or strenuous physical activity can help substantially reduce anxiety symptoms, even in cases of chronic anxiety.

The COVID-19 crisis has shaken the entire world. Since the outbreak, many studies have looked into how the pandemic affects both physical and mental health. Research shows that the mental resilience of many people around the world has suffered due to the pandemic, and this was followed by a significant increase in cases of anxiety and depression. The Centers for Disease Control and Prevention (CDC) recently reported that levels of depression and anxiety experienced by adults began to rise after August 2020, concomitant with the spread of the pandemic, peaking in December 2020 and in the January that followed. The prevalence of symptoms gradually decreased by June 2021, possibly following the vaccination campaigns and the decline in morbidity, but still remained higher compared to pre-pandemic levels. 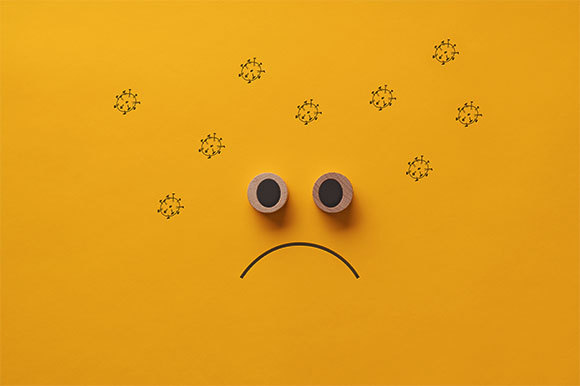 Many people feel that their mental health has been compromised due to the Covid-19 pandemic, along with the detection of a marked in rise in depression and anxiety | Gajus, Shutterstock

Anxiety is a natural reaction of the body in the face of danger or threat. While a real threat may indeed be present at times, in many cases, these are irrational thoughts - that is, a feeling of fear that does match the actual danger posed to the person. Anxiety can manifest in a cariety of forms and degrees, and will usually be accompanied by unpleasant physical symptoms, such as distress, increased heart rate, shivers, sweat, dizziness and lightheadedness

Anxiety can even hinder thought processes and cause difficulties in concentration and in the processing of information. When anxiety is experienced at high intensity and over a long period of time, it can truly disrupt daily life. This phenomenon is so prevalent that the American National Institute of Mental Health notes that nearly one-third of all adolescents and adults in the United States will develop an anxiety disorder or suffer from anxiety at some point in their lives, in a way that is expected to disrupt their daily life.

People who suffer from anxiety disorders are usually referred to psychological treatment, or prescribed sedatives or other anxiolytics. However, many people do not seek out professional help, and others do not respond to medication or develop a resistance to their effects. 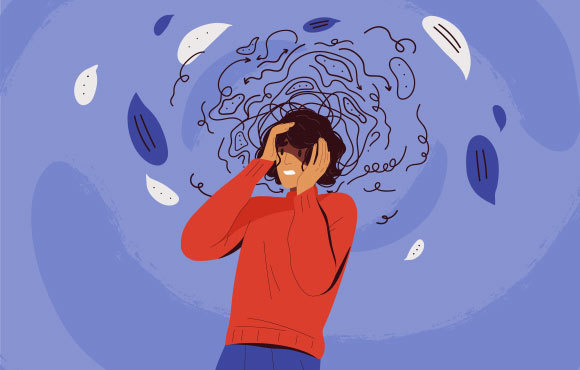 Anxiety is a natural response of the body, but can disrupt daily life, when experienced at a high degree and over prolonged periods of time | GoodStudio, Shutterstock

A Calm Mind in an Active Body

Many studies performed in recent years have indicated that regular physical activity can help improve mood and relieve symptoms of anxiety and depression. The problem is that these findings are sometimes contradictory, and many of them have drawbacks due to relying on self reporting by patients (which may be biased), lack of control groups, use of nonuniform methods for questionnaire analysis and more.

A new and comprehensive study, carried out in Sweden and published in the Journal of Affective Disorders, examined how physical activity affects patients suffering from anxiety disorders and assessed the effect of the activity’s intensity level on the anxiety symptoms as well as depression symptoms.

The study followed 286 patients with anxiety disorders, undergoing psychiatric treatment. About half of the participants suffered from anxiety episodes over a prolonged period of at least ten years and nearly two thirds of them used at least one anxiolytic drug. The patients were randomly divided into three groups: one, that served as the control group, performed no physical exercise. The patients in the two remaining groups underwent an hour-long group workout three times a week for three months, under the guidance of a physiotherapist.

The members of one group had a moderate group workout that included low-intensity training of 40-59 percent of their maximal heart rate. The members of the second group underwent a strenuous group workout that brought their heart rate up to 60-94 percent of their maximal heart rate. The training program included two repeats of 12 stations, combining aerobic cardiorespiratory exercises and resistance training exercises, as well as a warm up before the workout and a cooldown at its end. After 12 weeks, the subjects filled out questionnaires to assess their levels of anxiety (Beck Anxiety Inventory) and depression (MADRS-S).

The results were unequivocal, the anxiety levels of the members of the two groups undergoing physical training was significantly reduced compared to members of the control group who had no workout whatsoever. The anxiety levels of most patients who exercised dropped from medium/high to low. In the group that trained at high intensity, anxiety symptoms improved slightly more than in the low-intensity workout group, but the difference between them was not statistically significant. In addition, an improvement was also observed in the symptoms of depression in patients who exercised. A slight decrease in anxiety levels was also detected in the control group, compared with the levels of anxiety measured before the beginning of the training program.

One of the limitations of the study is the fact that it relies on a self-assessment tool, based on the patients’ feelings, rather than on an objective index. Under such circumstances there may be overestimation or underestimation of the patients’ levels of symptoms. It is also possible that the attention the patients received from the physiotherapist and from other group members, as well as the very existence of a social interaction – in contrast to the control group – could have affected the results. In addition, the possibility that the anxiolytics consumed by the patients influenced the results could not be completely ruled out.

Nonetheless, the findings strongly suggest that three months of guided physical activity can improve the condition of people suffering from anxiety disorders. These findings support the notion that it is important to recommend that patients engage in physical activity.

Such activity comes with many benefits: it is available and accessible, with almost no side effects, and it is also inexpensive and contributes to the overall health of the patients. Physical activity alone can help in cases of mild anxiety, or be used in combination with the currently accepted treatments, which are offered in more acute anxiety cases, as done in this study. So, if you’re going through a rough time and are experiencing anxiety, please do not hesitate – go out for a walk or a short run or visit the gym. And if that is not enough, do not shy away from seeking medical or psychological help.