Write a secret message that only you can read, using just some magic tape

A secret code, actually a type of cool secret message that you can write, conceal, and then decode again and again – and how we can “see” the direction in molecules.

Watch how the experiment is conducted in this video

Teflon, or to use its chemical name, polytetrafluoroethylene, was accidentally discovered in the U.S. in 1938, during an attempt to create a cooling agent for refrigerators. But instead of the cooling agent, a new material with unique properties – the most well-known of which are its slipperiness and the fact that nothing sticks to it – was discovered. That’s why one of the most popular uses for Teflon is as a non-stick coating on pots and pans.

Teflon can also be used to create films that are soft to the touch but very strong when stretched, and can easily be wound around other objects. These properties of Teflon mean that it has a special use in plumbing: Plumbers apply Teflon when connecting pipes or other plumbing parts. Teflon’s great strength prevent its tearing when the pieces are assembled, and it also acts as a sealant to prevent water leaking through. It is also slippery (i.e., has low friction), which stops the pieces from jamming together and means that they can be unscrewed and taken apart when needed. 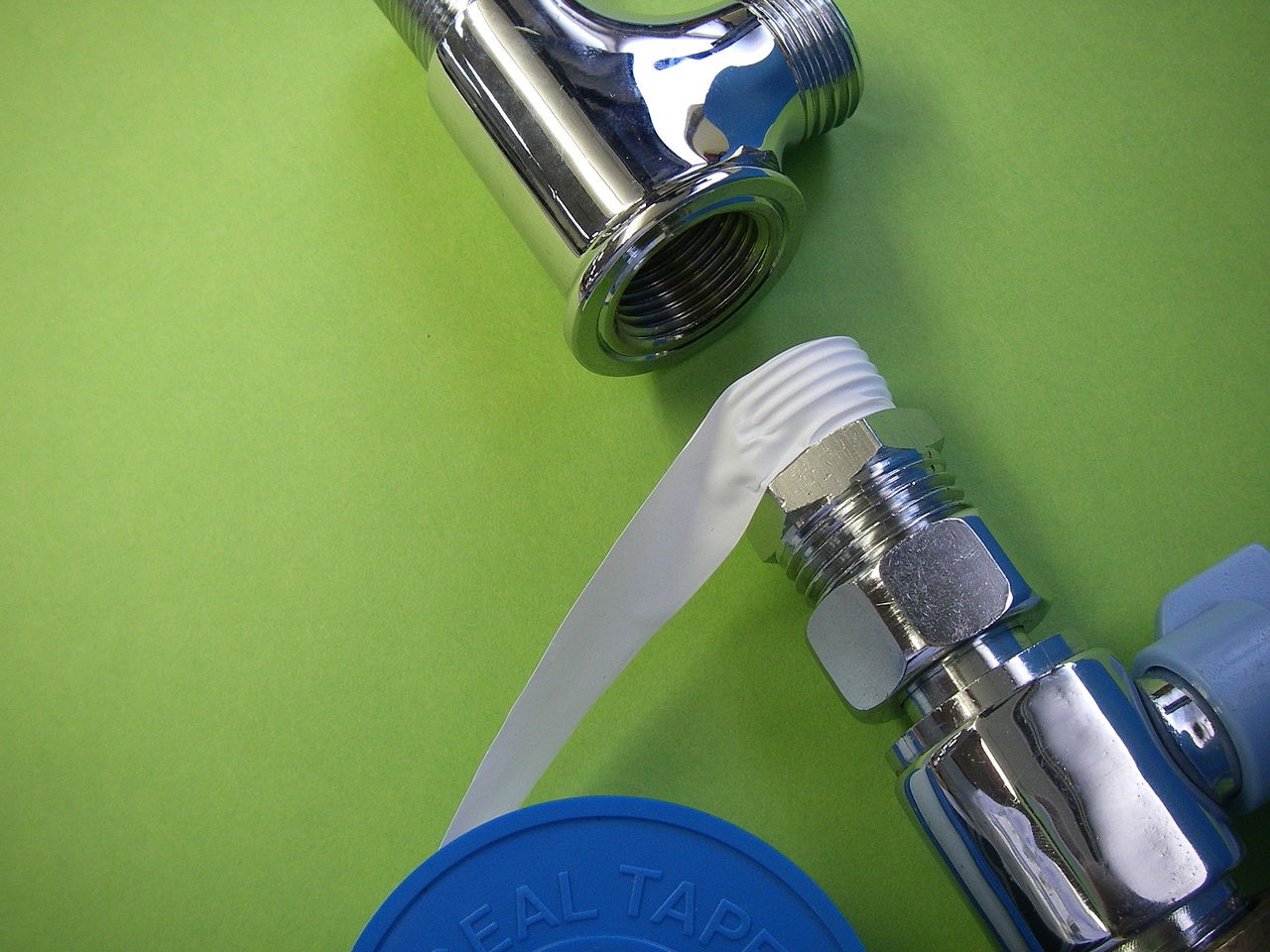 Teflon tape can be wrapped around plumbing parts in order to seal them before they’re assembled. Source: Wikipedia, public domain.

Of all of the components of Teflon’s rather long official name (polytetrafluoroethylene), the key to understanding this experiment is the first one – the “poly” part. This prefix shows that the material is part of the polymer family.

At the molecular level, that is, at the level of tiny particles that comprise the material, polymers are a group of materials characterized as being composed of many (poly in Greek) units (mer) connected to each other. The resulting material is made up of many huge molecules, mostly in the form of long chains of many units connected to each other. All “plastics” are actually types of polymers.

Polymers are (typically) built from long chains. Over the years, researchers creating polymers have discovered that the chains’ arrangement determines the properties of the material:

The reason for this difference in the durability along the length vs. the width is due to chemical forces: The forces that act inside the chains – along them – are intramolecular chemical bonds, or covalent bonds, which are strong, while the forces that glue the chains together are intermolecular chemical bonds, which are weak, especially Van der Waals force.

It’s as if the plastic’s molecular arrangement determines a state of matter of sorts: Messier plastic is like liquid (and thus soft), while plastic that is more organized is like a neat, organized, solid crystal.

By stretching the material while it’s being formed, Teflon and plastic bags manufacturers manage to direct the molecules so that the final product is strong in the direction they need: In Teflon tape, in parallel to the length of the tape, and in bags, in perpendicular to the direction they will be carried. In fibers manufactured for the textile industry (for example polyester), the fiber must be strong enough to be stretched along its length, and here, too, the arrangement of the molecules is key.

And that is what our experiment is based on: Stretching the Teflon tape vertically easily pulls the Teflon molecules apart from each other, and renders recognizable the words written on it. But when you stretch the Teflon tape lengthwise, you’re returning the molecules back to their position, and the message is revealed.

Stretching the plumbers’ tape ‘erases’ the message because it pulls the chain apart. Screenshot from the Science and Home video.