n this experiment, we’ll send two connected cups flying in the air while spinning, which will make them move in an arch, because of a physical phenomenon called the Magnus effect

Watch the experiment in this video

A spinning and turning ball

Tennis is a game with very old roots (from 12th century France). Tennis was also played at Cambridge University in England, and one of the people who enjoyed watching the games was renowned physicist Isaac Newton. He noticed that when the ball is hit in a way that makes it spin as it moves, the ball does not fly in a straight line – it arches. He even wrote about the phenomenon in one of his letters, but didn’t study it in depth.

Let’s return to the present – and move to soccer. The best players can kick a curveball, i.e., a special type of kick that sends the ball spinning as it moves through the air. As a result, the ball changes its direction (left or right) mid-air. The kick enables scoring a goal over a “wall” of players, and often leaves the goalie helpless. In this video, you can watch a collection of curveballs from soccer matches around the world:

The reason for the strange movement of the spinning tennis ball, the soccer curveball, and the flying cups in our experiment is a physical effect known as the Magnus effect – named for the scientist who studied it. To understand what is happening, it is important to note that the air we move in, while being very thin, is also full of particles – making it just a little dense. This slight density causes friction between the air and other substances, and leads some air particles to adhere to almost any object in it (much like the behavior of thick, such as honey). Therefore, if there’s a ball in the air, there’s a thin layer of air that is slightly “stuck” to it.

If the ball spins in the air, there is a thin layer of air around it that is spinning with it, due to the friction between them. This layer of air causes the Magnus effect. 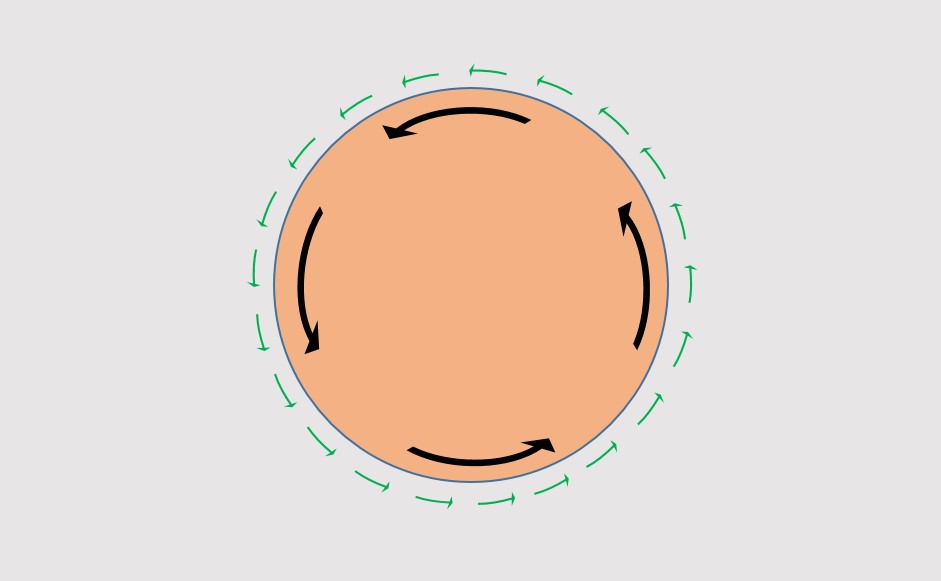 When a ball spins in the air, a thin layer of air (green arrows) spins with it because of the friction between the air and the ball. Illustration: Avi Saig

When a ball is hit or kicked into the air, it cuts through the air as it moves, and the air flows or moves past it as it moves – just like we feel the air on our faces as we ride a bike or drive in a car with the window open. 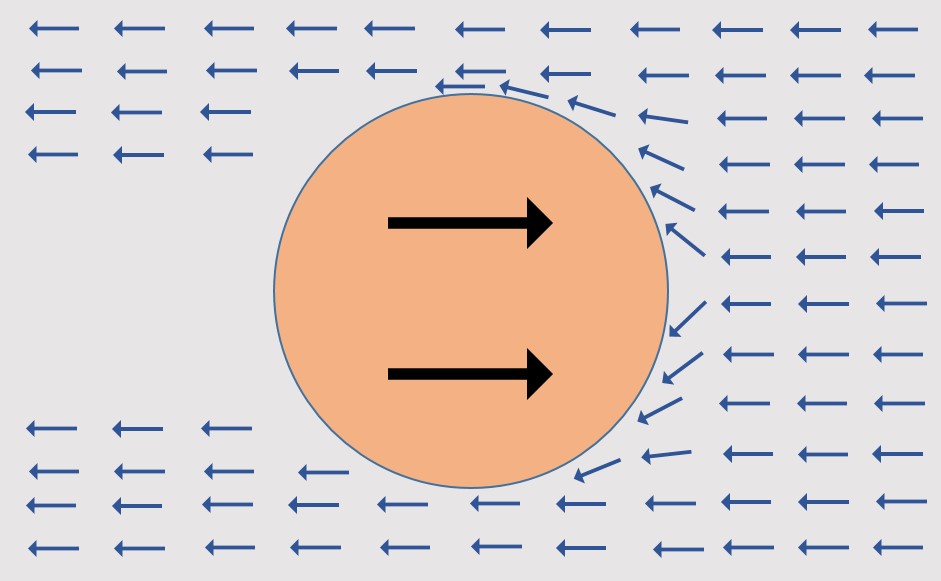 When a ball moves through the air, the airflow hits the ball and splits. Illustration: Avi Saig 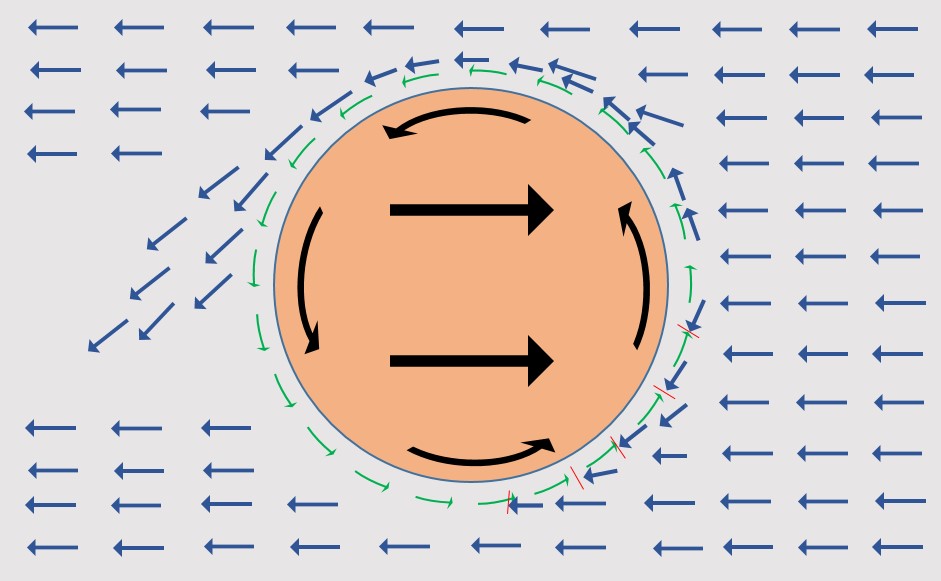 When the ball moves right while spinning counter-clockwise, the airflow causes a deviation of the air’s movement, downwards (therefore, the Magnus effect pushes up) Illustration: Avi Saig

As can be seen in the illustration above, the airflow that splits to the top part of the ball meets and merges with the thin layer of air spinning at its top (green arrows) moving in the same direction. As a result of this merger, this airflow continues to move around the ball, so that it then turns together with the air layer that is spinning downwards. Here enters Newton’s third law of motion (the same Newton mentioned earlier): “For every action, there is an equal and opposite reaction.” A simple demonstration of this law is putting your hand on a wall and pushing on it. We’ll immediately feel that the harder we push, the harder the wall “pushes back” in the opposite direction, as if the wall was applying force. In fact, if the floor is smooth enough, it could very well be that as a result of all the pushing, we would slide backwards, away from the wall.

Newton’s third law is the principle that enables rockets and jet planes to move – they push, or release a huge amount of gas at high pressure in one direction, and thus move in the opposite direction. That’s what happens to the cups in our experiment or to the spinning ball: The spin creates a push, or a diversion, of air downwards. According to Newton’s third law, pushing air downwards is what pushes the cups upwards! In the same way, depending on the axis and direction of spin of a curveball (or cups flown vertically to the ground, as we showed in the video, at minute 3:28), pushing the air left will divert it to the right, and pushing it to the right will divert it to the left.

If we look at the air flow splitting into the cups’ or ball’s bottom part, we will see that it meets and merges with the thin layer of air that spins on their (cups or ball) bottom part, which is moving in the opposite direction. Because they are moving in opposite directions, their merger results in their cancelling each other out. Thus, the air flow that had split off the central flow does not continue with the thin layer of air that is spinning upwards – so there is no force pushing downwards. In fact, the merger of the opposite air flows creates an air pressure that is slightly larger at the bottom part of the cups (or the ball), helping to push it up (or left or down, depending on how the ball is spinning).