The Shopping Craze -
A Peek Into Consumers' Minds

In preparation for the big Year End sales - how does our brain deal with the abundance of stimuli that promise unending pleasure?

The phone sounds early in the morning and I wonder who could be sending messages at this hour. I look at the screen and instantly the anger dissipates - Aha! It is the courier on his way with the package I ordered. My brain is flooded with dopamine, which changes my tone of voice, and drives me out of bed, filled with anticipation towards the order’s arrival.

The feeling of gratification when opening the package is caused by coordinated brain activity occurring in several brain regions. It can also accompany the filling of a digital shopping cart, a shopping trip to the mall and even grocery shopping at the suprmarket. In this situation our brain produces the neurotransmitter dopamine, secreting it through the mesocorticolimbic pathway, better known simply as ‘the reward system’.

In nature, the reward system is responsible for incentivizing the living organism to eat and to love. Its activation evokes a pleasant feeling, and along with it comes the desire to perform again and again the action that aroused the feeling in the first place.  We need this feeling since in order to get food and make social connections, we need to invest energy and effort, and sometimes even take risks. The reward system signals to us that in spite of the difficulty, the effort will pay off. In present-day life, the reward system helps us assess the need for the numerous stimuli that surround us on a daily basis, encouraging us either to pursue or to avoid them. It gets activated, evoking a pleasant feeling, in multiple and diverse cases, such as while listening to music, winning a game, learning a new subject, helping another person, getting a “Like” on a social network, and naturally, while shopping. 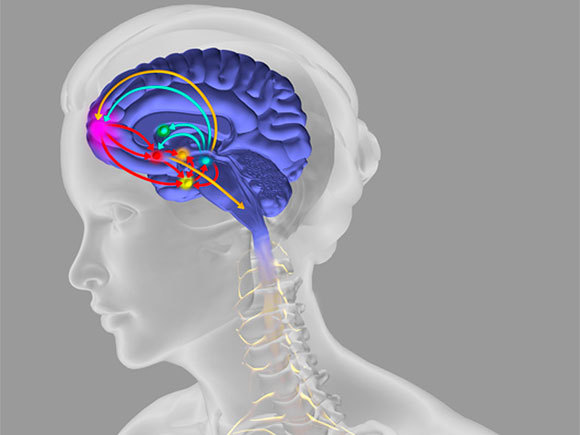 The dopamine pathway starts in a region of the midbrain and brainstem, called the ventral tegmental area (VTA, marked in a light blue circle). Dopamine secreted in the VTA (blue arrows) acts on different regions of the brain, including the nucleus accumbens (red circle) and the prefrontal cortex (pink circle) | Fernando da Cunha, Science Photo Library

What is So Rewarding About Shopping?

The dopamine pathway starts by dopamine secretion in a region of the brainstem called the Ventral tegmental area (VTA). The dopamine is then transported to many important brain structures, most of which form part of the limbic system, which is associated with the processing of emotional responses. One of these structures is the ‘pleasure center’ - a cluster of neurons termed the nucleus accumbens.

A German study, in which researchers used functional magnetic resonance imaging (fMRI) for scannig subject’s brains, to examine the effect of brand exposure on the reward system, found that it is not even necessary for the products to be actually present in order to activate the pleasure center. Participants were presented with logos of different car brands and were asked to visualize themselves driving the presented car brands. Following this, the participants filled out questionnaires where they expressed their opinion on the attractiveness of different car brands, their familiarity with the brand, the brand’s prestige and sportiness. It was found that the higher the attraction of the study subject to the presented brand, the more intense was the activation of the nucleus accumbens and the reward system regions adjacent to it.

To their surprise, the researchers also found that seeing a beloved car brand repressed brain activity associated with rational thinking in research subjects, in contrast to other brands that were not similarly favoured. When presented with a brand they found less attractive, the participants demonstrated less activity in the prefrontal cortex, an area important for planning and decision making, which allows us to evaluate different components of a purchase decision.

When a real product is present, the true role of the reward system is to assess how much satisfaction it will bring us. In another study, conducted in the U.S., researchers handed out to the participants twenty dollars for spending, presenting them with photos of a variety of real products that they could purchase using this money, such as a toothbrush, a chocolate bar, headphones or a Van Gogh painting. While the participants shopped, the researchers scanned their brain activity using an fMRI. As expected, it was found that the more a product stimulated a participants’ nucleus accumbens, the more likely he was to express a desire to buy it, even if overpriced. 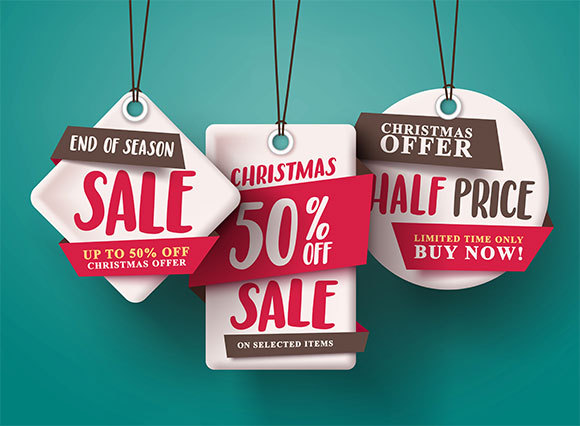 The final stop of the reward system is in the medial prefrontal cortex, where our brain assesses the value of the product for us. Sale promotion tags such as these can influence this assessment |  Shutterstock, AmazeinDesign

So Why Not Buy Anything We Want?

In real life, no one hands us out money to purchase whatever we want from a random selection of products, and usually, we have to put in a lot of work in order to earn money that could be used fror purchases. Accordingly, another mechanism active in our brain is responsible for restraining the pleasure effect, helping us to deal with similar situation. Indeed, the researchers found that when the price tag was higher than expected, increased brain activity was detected in the area of the Insula, a region of the cerebral cortex associated with expectations of loss and with the sense of pain.

The final stop in the reward system is in the medial prefrontal cortex, where our brain assesses the total value of the product for us, that is, the sum of gains and losses that are expected from this investment. This assessment is performed almost automatically, even when it comes to a completely hypothetical choice, as in the case of a commercial popping on the screen or an email that presents us with a tempting promotion.

Thus, when facing a decision whether or not to purchase a certain product, a person’s brain is required to perform and combine two main calculations: how desirable the product is, and how much resources and energy would be required in order to obtain it? Marketing strategies that peak during large sales events such as ‘Black Friday’ at the end of November, or a clearance sale sign, can modulate our inner assessment and skew our decisions, sometimes without adding any real value to our lives.