What Is the Difference Between Saturated
and Unsaturated Fat, and What Are Trans Fats?

In general, fats are organic molecules made up of two parts: glycerin and fatty acids. When we eat fat, the digestive system breaks the bonds between the fatty acids and the glycerin, so these two parts are absorbed into the bloodstream separately.

Fatty acids are the more nutritionally important part of the fat molecule, and they are the ones that determine the chemical differences between different types of fat molecules.

Fatty acids are made up of a long chain of carbon atoms (5, 10 or 18 atoms long, or even longer), with one acidic group (-COOH). This group is why they are called acids. 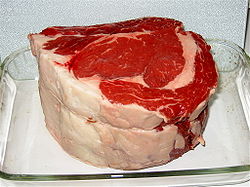 The following illustrations explain why. In the first illustration, seven molecules of completely saturated fats contain only single covalent bonds between the carbon atoms (represented as the corners of the zigzag line), and each carbon is bound to two hydrogen atoms, neither of which is shown in the illustration. 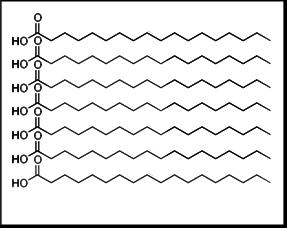 These linear molecules are able to come close to each other and create a dense structure, which allows for strong intermolecular interactions. The melting point of such a fat would be high.

By contrast, here is an illustration of three unsaturated fat molecules, specifically oleic acid, a main component of olive oil. This fatty acid includes a double covalent bond, represented by a double line: 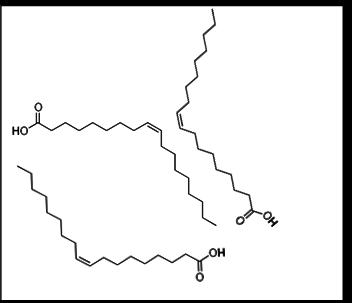 It’s easy to see that the double bond causes a bend in the carbon chain, and prevents the chains from coming near each other and interacting strongly. In turn, the weak bonds between the molecules make for a lower melting point. This “bent” orientation is called cis in chemical nomenclature, a word derived from Latin.

Oleic acid, shown above, has just one double bond, so it is called “mono-unsaturated”. Poly-unsaturated fats have multiple double bonds, are even more “bent”, and have even lower melting points.

Saturated fats can impact your health. They tend to build up along the sides of blood vessels, along with other materials, and over time they may clog them, which may cause a heart attack or a stroke, depending on which blood vessel was clogged.

Chemically speaking, saturated fats are very stable, and do not easily react with other molecules or break. Chains of carbons with only single covalent bonds, which make up most of the structure of saturated fatty acids, don’t react with most chemicals. Neither acids nor bases, alcohols, amines, alkali metals or transition metals can break such a chain. In fact, only very strong oxidizers such as chlorine gas, or oxygen in burning reactions, can achieve this.

As a result, saturated fatty acids also oxidize in the body with some difficulty. Thankfully, the acidic group on one end of the fatty acid is quite reactive, and allows for oxidation of the chain by cutting it to pieces, two carbons at a time. By contrast, an unsaturated bond is much more chemically active, and is much more readily oxidized by the body.

Trans fats were invented when chemists discovered a way to prepare an artificial “butter”, named margarine. They found that cheap oils can be reacted with hydrogen gas to give saturated fatty acids, which researchers later discovered may be bad for your health. In recent years, however, researchers found that this reaction creates another class of unsaturated fats, called “trans fats”, which are extremely harmful. 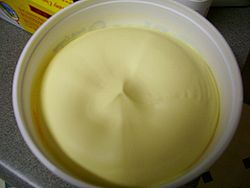 During the manufacturing of margarine, a chemical catalyst is used to make the reaction go faster. It “opens” the double bond and allows the carbon atoms to react with hydrogen. However, sometimes the fatty acid molecule rotates 180o about the bond, and it closes again without having reacted with a hydrogen atom. The result is a “trans fat”, a fatty acid which has a double bond but doesn’t have a “bent” structure, as the following figure shows:

This linear molecule looks a lot like a saturated fat, and shares the property of a high melting point, but has a big problem: Trans double bonds are very rare in nature and the human body has a hard time reacting with them. As a matter of fact, all the enzymes in the human body which react with fatty acids and break them down are capable of reacting only with “bent”, cis fatty acids. Hence, trans fats build up in the body and can cause a lot of damage.